To share your memory on the wall of Joshua \"Josh\" Vines, sign in using one of the following options:

He was born on June 17, 1986 to James W. and Debbie R. (Searles) Vines in Wenatchee. He was raised in East Wenatchee and attended Kenroy Elementary, Sterling Middle School, Eastmont Junior High and Eastmont High School. He graduated from Eastmont High School with the class of 2004. He continued his education at UTI, Universal Technical Institute in Phoenix, Arizona. He became certified in Hydraulics, Electrical Systems, Gasoline and Diesel Engines. Upon returning to East Wenatchee, he went to work at Pape’ Material and Handling as a Fork Lift Mechanic.

Josh met Meagan Marie Greening in 2008 and were later married on May 21, 2011 at Ohme Gardens in Wenatchee. They made their home together in East Wenatchee.

In his continued career, Josh became a Certified Technician for Hyster, Bobcat, Genie and other fork lift manufacturers. He worked at Stemilt Growers, later at Alcoa, Mid Columbia Forklift, and was currently working at Farmer Bean and Seed in Quincy.

He was on his way to work on the morning on January 14, 2020 when he was in an accident near the Spanish Castle Orchards.

A private remembrance, complete with memorabilia and automobiles, was held on Sunday, June 14th in East Wenatchee. There will be a Celebration of Life at Sage Hills Church in Wenatchee on July 25, 2020 (time is to be determined). You are invited to visit his tribute online at www.HeritageMemorialChapel.com and leave a memory. Arrangements are assisted by Heritage Memorial Chapel, East Wenatchee, WA.
Read Less

To send flowers to the family or plant a tree in memory of Joshua "Josh" James Vines, please visit our Heartfelt Sympathies Store.

We encourage you to share your most beloved memories of Joshua "Josh" here, so that the family and other loved ones can always see it. You can upload cherished photographs, or share your favorite stories, and can even comment on those shared by others.

Posted Jun 22, 2020 at 12:11am
I am so very sorry for your loss. I hope you can find peace in knowing one day death and suffering will be things of the past. (Revelation 21:3,4) and please know the "Father of tender mercies and the God of all comfort" can and wants to help you through this most difficult time.( 2 Corinthians 1:3,4).
Comment Share
Share via: 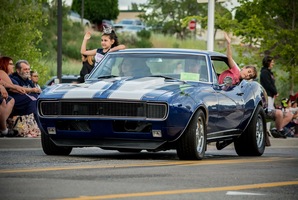 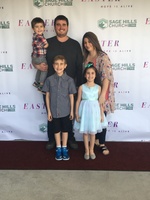 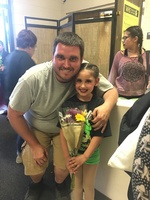