To share your memory on the wall of Yvonne "Vonn" Karnes, sign in using one of the following options:

Provide comfort for the family of Yvonne "Vonn" Karnes with a meaningful gesture of sympathy.

Print
Yvonne “Vonn” Karnes -- wife, mother, homemaker, and full time business partner of the family insurance agency -- passed away on Thursday, May 21, 2020 in Yakima, WA due to an unexpected, severe cardiac arrest. She was 64 years old.

... Read More
Yvonne “Vonn” Karnes -- wife, mother, homemaker, and full time business partner of the family insurance agency -- passed away on Thursday, May 21, 2020 in Yakima, WA due to an unexpected, severe cardiac arrest. She was 64 years old.

Vonn was born in Spokane, WA on September 15, 1955, to Victor Delbert and Violet Mae Johnson. She attended high school at Upper Columbia Academy in Spangle, WA and then went on to Kinman business university in Spokane, WA. After graduating from Kinman when only 18 years old, and much against the advice of her mother, she moved to Yakima, WA where she landed her first full time job with the Yakima School District. Then after a few years she met the love of her life and future husband Richard “Rick” Karnes. The two of them were married on May 30, 1981.

For the next 41 years Vonn partnered with Rick and helped run their insurance agency, sales, secretarial and general office manager. She was excellent at all of her tasks, including sales where she could out sell most of the agents in the office, even though that was not her primary job.

There was however one more accomplishment Vonn still wanted to do, the next love of her life, the birth of their only son, Matthew “Matt” Karnes on March 11, 1987. Vonn spent 33 great years with Matt in her life and she was especially proud of Matt’s beliefs and academic achievements.

Vonn loved to cook for her family. From regular tacos, to the best homemade spaghetti sauce anybody ever had, she was an excellent cook. In fact, Rick and Matt told her many times we should bottle the sauce and sell it to the masses.

Vonn loved celebrating all of the holidays, even Halloween for the kids. Each season would bring new decorations all over the house, even if it was just for the three of us. Speaking of cooking, she especially went all out for Thanksgiving and Christmas. Those dinners and time spent with her were some of the best days of our lives. When her brother Greg came to visit she would raise her cooking to a new level because he loved to eat her home-cooked meals.

Vonn was a devoted wife who always wanted to be with her husband. That even included Rick’s hobby of snowmobiling, and she was terrible at it. She could roll her snowmobile by just looking at it. Eventually she got the hang of it and became quite a good rider. As Matt got older he joined in with the fun and we had many good times riding together.

Vonn is survived by her husband Rick and son Matt. She is preceded in death by her parents and sister Joycelyn Johnson of Portland, OR and brother Greg Patzer of Newport OR.

Vonn will be remembered as a Christian, loving, kind and compassionate, but most of all, she was a best friend to all who knew her.

Words can not express the sorrow in our hearts. She will be immensely missed.

Due to the current circumstances of the virus, we will announce a celebration of Vonn’s life at a more appropriate time in the future.
Read Less

To send flowers to the family or plant a tree in memory of Yvonne "Vonn" DaNel Karnes, please visit our Heartfelt Sympathies Store.

There are no events scheduled. You can still show your support by sending flowers directly to the family, or planting a memorial tree in memory of Yvonne "Vonn" DaNel Karnes.
Visit the Heartfelt Sympathies Store

We encourage you to share your most beloved memories of Yvonne "Vonn" here, so that the family and other loved ones can always see it. You can upload cherished photographs, or share your favorite stories, and can even comment on those shared by others. 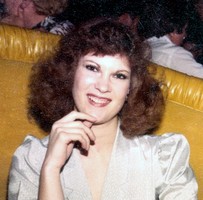 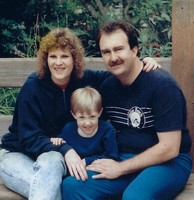 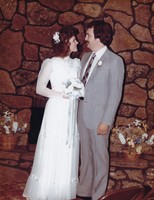