To share your memory on the wall of Justin Guinn, sign in using one of the following options:

Provide comfort for the family of Justin Guinn with a meaningful gesture of sympathy.

Always a terror inside a building, Justin was built for the out-of-doors. He loved dogs, sports, kids, cars, fishing, people in general and Special Olympics. You could feel the sincerity of his love when he gave you a hug and said “Good to see you” with his huge smile and bright blue eyes.

The Guinn family lived in Placerville, CA; Oregon; and Yakima, WA. In 1989 Justin and his two younger sisters Amanda and Ashley moved to Cashmere.

A 1994 graduate of Wenatchee High School, Justin remembered many classmates and reminisced their good times over the past 26 years. He was employed at Link, McDonald’s and Wenatchee Valley Clinic previously.

Bowling, basketball, soccer, softball, skiing, volleyball - all were sports that Justin competed in through Special Olympics. He was rightly proud of the many gold, silver & bronze medals he won. Participating in the Douglas County Parks Association social events was also high on his list of priorities.

Recently, Justin was learning how to play the guitar at Catholic Family Services and painting ceramic figures at Inspirations in Wenatchee. He delighted in making things to give away and make someone’s day. His apartment was lined with artwork he took joy in producing.

Being with his late uncle, Charlie Bray, was a passion for Justin. Charles instilled in him a devotion to fishing, fostered a fascination for cars & engines, and built a moped for a very young Justin. He and his sisters moved to Cashmere where they lived with Uncle Charles, Aunt Karen, and cousins Caleb and Keegan Bray. Horses, mules, sheep, dogs & cats spiced his life. From his 20’s on Justin lived in Wenatchee and East Wenatchee. His family & friends are happy that Justin is now free; his head is clear, his heart is strong, and he is with Jesus Christ.

The family would like to recognize and thank Ambitions Support Services for their dedication and attention to detail with respect for Justin’s health and dignity. Previous support provided by Tina Hampton, Michael Burris, and James Babineau forged bonds and love that Justin carried for the last 25 years. Link Transit was his lifeline to independence and exploration - thanks to all the drivers and office staff who helped keep track of his belongings and alerted him when schedules and locations changed.

Heritage Memorial Chapel, East Wenatchee, WA, has been entrusted with arrangements. A barbecue will be held later this year as shelter-in-place restrictions are eased.
Read Less

To send flowers to the family or plant a tree in memory of Justin Milo Guinn, please visit our Heartfelt Sympathies Store.

There are no events scheduled. You can still show your support by sending flowers directly to the family, or planting a memorial tree in memory of Justin Milo Guinn.
Visit the Heartfelt Sympathies Store

We encourage you to share your most beloved memories of Justin here, so that the family and other loved ones can always see it. You can upload cherished photographs, or share your favorite stories, and can even comment on those shared by others.

Posted May 19, 2020 at 10:57pm
Our family enjoyed getting to know Justin through bowling. He was an honest, warm, friendly guy who we will miss seeing at the bowling alley and around the town. Mike, Alicia and Mason McRae
Comment Share
Share via:

Posted May 19, 2020 at 04:57pm
We are sorry for your loss. But as you said in the obituary. He is free from he earthly worries. Now he can fish everyday with Charles. I hope God's hand and your memories can help you through this journey. Our thoughts and Prayers go out to you all.
Comment Share
Share via:
K

Posted May 13, 2020 at 08:15pm
Please accept my condolences for the passing of your dear loved one. When someone we love dies, the heartache and grief can be great. I hope that you can be comforted knowing that God cares for you and sees your pain. “He is close to the broken-hearted and He saves those who are crushed in spirit” Psalms 34. May you find relief during this grievous time, as you cherish the precious memories of Justin.
Comment Share
Share via: 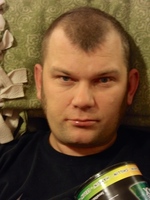