To share your memory on the wall of Donald Keeley, sign in using one of the following options:

As of May 6, 2020, Donald Keeley is singing in heaven. Don was born in Seattle, WA to Daniel Keeley and Lois Scroggie. When he was about 2 years old, he and his older brother Bob Keeley went to live with their Uncle Al, Aunt Pearl Davisson, and their 5 children (Audrey, Dorothy, Mildred, Helen and Dale) at the Wine Ranch up the Kingsbury. In 1945 Al, Pearl, and all the children moved to Omak. In about 1946, Lois married Jake Scroggie, and Bob and Don moved back out onto the Colockum where Don lived until the night he graduated from high school in 1955.

Don was a Radar Mech II with the Air Force in Germany until 1959. In 1962 he married Joyce Eileen Keeley. In 1960 he became a lifetime member of the Iron Workers Local Union 86 until his retirement in 1995. He worked on several dams along the Columbia River and on several buildings in downtown Seattle.

In 1975 he returned to the Colockum where he and Joyce made their home and raised their kids. After retirement he and Joyce enjoyed being devoted Grandparents to both JT and Kevin. They missed very few school or sporting events. Don taught JT & Kevin how to play solitaire. A special memory for the boys was swimming in the pool, helping Grandpa with his coin collections, and the memories and laughter from taco nights and listening to him sing. A favorite song is Johnny Rebeck.

Don shared his joy of the outdoors with his kids and friends. Family time included snowmobiling with Glenn and Jeanelle England and their kids. Yearly hunting trips to Canada for moose and trout fishing at Pearrygin Lake in Winthrop with Dell Johnson and his family. In later years, he and Woody Woods would fish in the Everett area and go to Canada by boat to fill the freezer with salmon and halibut.

Don and Joyce also enjoyed traveling to Alaska, Panama Canal, and Mexico. In the winter, they would spend a month in Arizona with family. They traveled to many areas within the United States, Iowa being their favorite. As much as they enjoyed traveling and going, once they headed home, there was no stopping for sight-seeing and enjoyment. They wanted to be home: on the Colockum.

After the death of his wife of 45 years, Don enjoyed going to the Senior Center and was a Wii bowling Champion also known as “The Heckler”. During this time, he met his dear friend Kay Hawkins. Together they enjoyed dancing, playing cards, and time together. For the past 5 years he has been sharing his enjoyment of singing with the care givers at Boneventure. He particularly enjoyed Devon. “If Dad was misbehaving, I just had to threaten to get Devon, and Dad would smile and grin, sometimes would do it anyway just so he could see Devon.” (Cheryl)

Heritage Memorial Chapel has been entrusted with arrangements. A family viewing was held on Saturday May 9, 2020 and interment is at Wenatchee City Cemetery. Memorial service will be held this summer with the cooperation of COVID-19.
Read Less

To send flowers to the family or plant a tree in memory of Donald David Keeley, please visit our Heartfelt Sympathies Store.

Print
A Memorial Service will be held this summer with the cooperation of Covid-19.

We encourage you to share your most beloved memories of Donald here, so that the family and other loved ones can always see it. You can upload cherished photographs, or share your favorite stories, and can even comment on those shared by others. 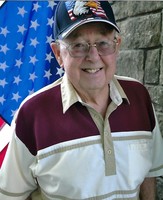 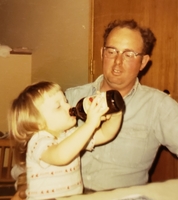 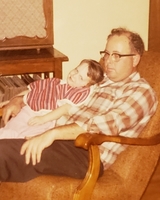 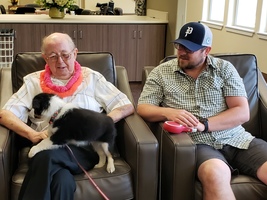