To share your memory on the wall of Reese Harper, sign in using one of the following options:

Reese Charles Harper, age 73, departed for his favorite fishing hole in the sky on Monday, May 4, 2020, with his wife of 29 years, Connie, by his side.

Reese Harper was born on June 5, 1946 in Corinne, UT, to James “Jay” and Shirley Harper (Woodward). He grew up in Quincy, WA, where he attended elementary school and graduated from Quincy High School in 1964. Reese attended Washington State University in Pullman, where he became a proud Coug.

Reese was a charismatic young man who excelled in sports and school leadership. In high school, Reese, competed in basketball, track, baseball, and bowling and was also honored to be selected to attend Boys State. In college, Reese was voted freshman student body president and was a member of Theta Chi fraternity at WSU. Reese’s time in college was interrupted by his service to our country – where he was drafted into the Army to serve during the Vietnam War.

In 1967, Reese married Gloria Jean Carlson (of Ephrata, WA) in San Antonio, TX, where Reese was stationed in the Army. The couple resided in San Antonio, TX; Lacey, WA; Pullman, WA; and Portland, OR. That marriage brought two loving children into the world – Julie and Troy.

After graduation from Washington State in 1970, Reese entered the management training program at Meyer & Frank department store. He then joined Homer Formby Furniture Refinishing Products, where he was a rising junior executive and personal favorite of Mr. Formby.

Reese and Gloria divorced in 1974, and after that, Reese raised the children for many years as a single dad, which was unique to that time. A devoted parent, Reese always put his children’s interests ahead of his own.

Reese met Connie Jean Carlson (also of Ephrata, WA) in 1978 when she became the nanny to Julie and Troy. After many years as the nanny to his kids, Connie married Reese in 1990. They lived in Federal Way, WA; Whitefish, MT; and East Wenatchee, WA.

Along with his charisma and movie-star good-looks, Reese was a jokester with a big heart. Reese would often tell tongue-in-cheek tales to his kids and grandkids, such as that he was “All City” in basketball in Quincy or that he later played point guard for the Portland Trailblazers. He was known as “Beba” to his grandkids, which as typical, arose from one of his grandkids interpreting his intended name. He loved his kids and grandkids and had special nicknames for all of them, including Julie Babe, Scooter Bug, Big Dog, Kellie Bo Jelly and Lodie Bedodie. He never let Chuck forget that he was his favorite (albeit only) son-in-law.. Ever self-deprecating, he often joked about having “AlzHarpers” in moments of mental lapse. And, if you knew Reese, you would know he never wanted anyone to fuss over him. It would be impossible to count the times he said, “Well, no! Don’t worry about me.”

Reese was an active outdoorsman who loved to camp and fish with his family and friends. Reese’s and Connie’s favorite camping spot was near Lake Wenatchee. He and his life-long friend Mike Avey owned a fishing boat they named “Two Ol’ Cougs”, which was the basis for many great memories.

Reese and Connie were the life of the party when they spent time with their friends. Their house was always the social center of the neighborhood, known as “The Harper Zone”–once you arrived, you never left. Reese and Connie enjoyed vacationing in Mexico and Las Vegas where they soaked in the sun by day and gambled the nights away.

Reese and Connie enjoyed spending many 4th of July celebrations at his sister Sandy’s and brother-in-law Wayne’s home in the Yakima area. Reese and Wayne were always the house comedians and practical jokers.

Reese loved spending time with his family. He took the train to Montana many times to visit his daughter Julie and her family. He would often jump in the car and take a drive to see his son Troy. His favorite activity when visiting was “just being in your space”, whether it was puttering in the kitchen or taking drives to see wildlife.

Speaking of wildlife, over the years, the Harper home was a familiar haven to numerous felines, who were the obvious heads of the household. These true members of the family included Tubbs, Murphy, Kato Ito, Tiger, Boo Boo, Binky, and Rocco.

Reese and Connie lived in East Wenatchee for the past 12 years, where they were able to be near Connie’s parents, Harold (deceased) and Bobby Carlson, and her sisters Sharon and Karon Carlson.
Reese will be remembered as an unconditionally loving husband, father, uncle, brother, grandparent, and friend. He made everyone around him feel special and loved. He was full of sage advice, offered with a twinkle in his eye. When asked about aging, he always responded with, “Remember, you’re only as old as you are!” He will be deeply missed by those that knew and loved him.

He was preceded in death by his parents James and Shirley Harper, his father-in-law Harold Carlson, and his brother-in-law Wayne Clasen.

In lieu of flowers, the family asks that you celebrate Reese’s life by doing an activity he enjoyed or donate to the charity of your choice.

A private celebration of his life will be held at a later date.

You are invited to view Reese’s online tribute at www.heritagememorialchapel.com to share a memory or leave a condolence.
Read Less

To send flowers to the family or plant a tree in memory of Reese Charles Harper, please visit our Heartfelt Sympathies Store.

Print
A private celebration of his life will be held at a later date.

We encourage you to share your most beloved memories of Reese here, so that the family and other loved ones can always see it. You can upload cherished photographs, or share your favorite stories, and can even comment on those shared by others.

Posted May 21, 2020 at 11:48am
So sad to hear of the passing of Reese. He was like a little brother to me growing up. I have a lot of fond memories of the two of us doing things together. Our thoughts and prayers are with the family at this time.

Posted May 18, 2020 at 11:08pm
Reese was a great friend. We lived next to the Harper zone for several years and have lots of great memories. 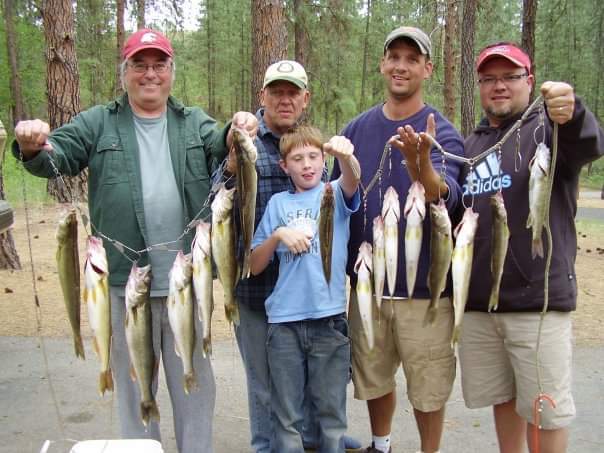 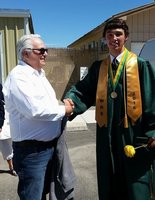 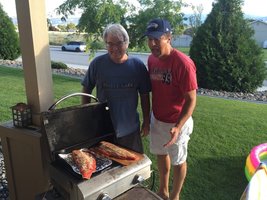