To share your memory on the wall of Alan Flaget, sign in using one of the following options:

Print
Alan Olaf Flaget, age 79, passed away suddenly at Central Washington Hospital, in Wenatchee, WA on Saturday, May 2, 2020. He was a good and kind man. He was fair to all.

He was born in Cutbank, Montana, in 1940, to Olaf Elmer and Edna Et... Read More
Alan Olaf Flaget, age 79, passed away suddenly at Central Washington Hospital, in Wenatchee, WA on Saturday, May 2, 2020. He was a good and kind man. He was fair to all.

He was born in Cutbank, Montana, in 1940, to Olaf Elmer and Edna Ethel Flaget. He attended High School in Ellensburg, but moved his senior year and graduated from Sandpoint High School in 1959. Alan moved to Montana to live with his Norwegian grandparents, John and Gina Flaget, and worked with his Uncle Carl as a logger. On May 13, 1961, he married Noralee Annette Schwin in Sandpoint, Idaho.

He lived in Quincy and Cashmere, WA and worked at a number of agricultural jobs until he began working for Kenite/Witco Celite. He stayed for 31 years, started as an operator and progressed to a shift supervisor until his work-related health issues prevented him from continuing employment. This was a blessing, as this allowed him time with his family.

Alan was an avid hunter, fisherman, and enjoyed just anything outdoors with mountains, trees, and water. This included camping with his family throughout the Pacific Northwest and driving the Alaska Highway. Even a trip to the forest to cut a truckload of firewood was a joy to him. He loved sports, which included playing competitive horseshoes, bowling, tennis, water skiing, basketball, and cribbage - knowing when to let his children win and when they needed to know he still "had it". Alan loved learning new technology, including photography and video games. He was a talented artist, winning recognition at the Chelan County Fair, as a woodworker and a painter.

In 1987 he decided he would rather drive to work from the mountains than head there every weekend - and moved to a hill in Cashmere. He put his family first and taught them to value this as well. He taught them happiness starts with family. Alan is survived by his wife, Noralee. They were just about to celebrate their 59th anniversary. His children: Duane (Cindy) Flaget - Coeur d'Alene, ID; Rick (Laurel) Flaget- Richland, MI; Sharon (Bert) Hoffman - Cashmere, & Tammy (Nathan) McMahon - S. Lake Tahoe, CA; his siblings: Gina Landa, Melvina Messinger, David Flaget and Chris (Scott) Wagner: and his Grandchildren: Jenna, Emily, Rick, & Jarod Flaget; Garrison, Addison, & Tristan Hoffman, and Bryce & Keegan McMahon. Alan loved supporting and sharing his family’s accomplishments.

A Celebration of Life will be held at a later time.
Read Less

To send flowers to the family or plant a tree in memory of Alan (Olaf) Flaget, please visit our Heartfelt Sympathies Store.

Print
A Celebration of Life will be schedule for a later date.

We encourage you to share your most beloved memories of Alan here, so that the family and other loved ones can always see it. You can upload cherished photographs, or share your favorite stories, and can even comment on those shared by others.

Posted May 08, 2020 at 12:09pm
Noralee - My love and prayers to you and your family!! I loved working with Al and giving him a bad time at Witco/Celite. Al was always willing to help me when I had questions and all my little quirks. Al made me the a beautiful wood vas which I love and am so glad that I got to be privileged to have one!
My dad always respected Al and was pleased to have him work for him. We all will remember the good "Witco family" picnics and getting to see the other halves of the employees.
I will sure miss Al, but know now he is not having the pain. Love again to you!!! Debra (Wyman)
Comment Share
Share via:
KL

Posted May 05, 2020 at 02:52pm
With loving memories of Al, he will remain in our hearts forever. He loved the woods and forests, may this memorial tree honor him. 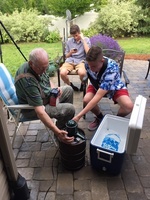 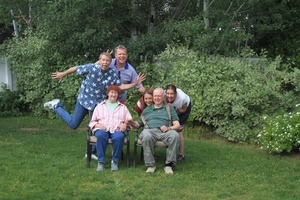 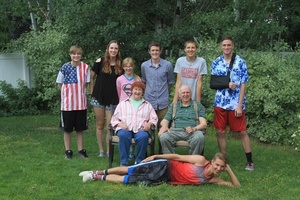 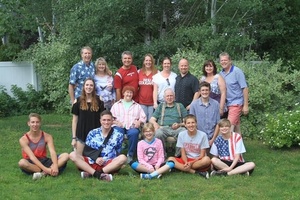