To share your memory on the wall of William \"Bill\" Wells , sign in using one of the following options:

February 25, 1934 - April 15, 2020
William “Bill” Wells passed away peacefully in his home in Leavenworth, Washington surrounded by his family on April 15. He was born in Seattle, Washington, and attend... Read More
William Howard Wells Jr.

February 25, 1934 - April 15, 2020
William “Bill” Wells passed away peacefully in his home in Leavenworth, Washington surrounded by his family on April 15. He was born in Seattle, Washington, and attended Lincoln High School. In 1953 he joined the US Army and was in the Signal Corps, Alaska Communication System in the territory of Alaska until 1956.

During that time, Wells married his sweetheart, Dorothy “Diane” (DeDe) Walker and they had two children, Steven A. and Shelley L. (Winterer). They relocated to Yakima in 1958 where he attended J.M. Perry Technical Institute earning the Aircraft and Power Plant (A&P) license after completing his restoration of a 1947 Aeronca 7AC Champ in 1960. Working in 1962 for a helicopter services company as a skilled mechanic, Wells received his private pilot license in fixed-wing craft.

When he was hired by Cascade Helicopters, Inc., he earned his FAA Commercial Rotorcraft license and FAA Certified Flight Instructor (CFI) license in 1963/64. His flying missions included agricultural spraying, search and rescue, Forest Service and Department of Natural Resources fire suppression, government contracting, geological survey, volcanology scientist team, recreational, transmission line installation, and law enforcement. Wells flew a National Geographic photographer all over the Enchantments in 1968 to photograph the beauty of the area and that became the cover story in the magazine. That exposure led to the eventual designation of The Alpine Lakes Wilderness area. By 1988, Wells was owner and president of Cascade Helicopters Inc., Cashmere Washington.

In 2002 Wells was elected international “Pilot of the Year” by his colleagues based on his accident-free missions and the quality of his service, safety, and rescue being of the highest level. Wells logged over 11,500 accident-free hours over the course of his career. In 2002, Wells retired and closed Cascade Helicopters. He felt that the hundreds of rescues he was able to perform were what, “being a helicopter pilot was all about.”

In addition to flying and running a helicopter business Wells was active in the industry on a national and international scale. He was involved in Helicopter Association International, based in Alexandria, Virginia and served on the board of directors and as Chairman in 1994 to 1995. Closer to home he served on the Pangborn Airport Board and helped oversee the construction of the new (present) terminal and micro-wave landing system.

Bill and Diane were both very active in Leavenworth and promoted the Bavarian theme of the small town. They owned a shop, Alpen Hansel, which was a European Gift and Art shop in downtown Leavenworth. Bill and Diane spent many gift-buying trips in their beloved Bavaria. In 1993, Wells was a Kanzler (president, chairman) for the Royal Bavarians, at the same time Diane was chosen as “Royal Lady”. He had served on the Leavenworth planning commission and as a Leavenworth City Council member, Mayor pro tem and, until March 18th, was a board member on Project Bayern and the Nutcracker Museum. He was a long-time member of Grace Lutheran Church, Cashmere.

Bill’s hobby has been cars, especially older hot rods. He enjoyed restoring his Model A Ford and building and driving his 37 Ford street rod. He had many friends in the local rodding family and enjoyed spending time with them and talking cars.

A Celebration of Life will be announced at a later date.
Read Less

To send flowers to the family or plant a tree in memory of William "Bill" Howard Wells Jr., please visit our Heartfelt Sympathies Store.

There are no events scheduled. You can still show your support by sending flowers directly to the family, or planting a memorial tree in memory of William "Bill" Howard Wells Jr..
Visit the Heartfelt Sympathies Store

We encourage you to share your most beloved memories of William "Bill" here, so that the family and other loved ones can always see it. You can upload cherished photographs, or share your favorite stories, and can even comment on those shared by others.

Bill was born on Feb. 25, 1934, in Seattle, Washington. He joined the military in 1953 as an Alaska Communications System specialist in the US Army Signal Corps. In 1958, he and his family moved to Yakima, Washington, where Bill attended Perry Technical Institute, receiving his A&P license in 1960. The following year, he earned his FAA certificate as a private pilot, fixed wing, and in 1962 joined Cascade Helicopters as a pilot trainee and mechanic. He obtained his FAA commercial rotorcraft license in 1963 and his CFI license in 1964.

Over the course of his career as a pilot, Bill logged more than 11,500 accident-free hours in various capacities, including agricultural spraying, search and rescue, fire suppression, government contracting, and transmission-line repair, to name only some of his many duties. He once said the rescues he was able to perform were “what being a helicopter pilot was all about.”

Bill was a dedicated HAI member, serving as the association’s chairman from July 1, 1994, to June 30, 1995, after having served on the HAI Board of Directors as assistant treasurer and vice chairman. He also sat on the association’s Government Safety Committee (as chairman) and Government Contracting Committee and was the master of ceremonies for HAI’s awards banquets for several years in the 1980s.

In 2001, Bill was honored for his outstanding achievement in the industry with HAI’s Salute to Excellence Pilot of the Year Award.

No memorial-service information is yet available. For updates, or to leave condolences, visit the website of Heritage Memorial Chapel Funeral Home. 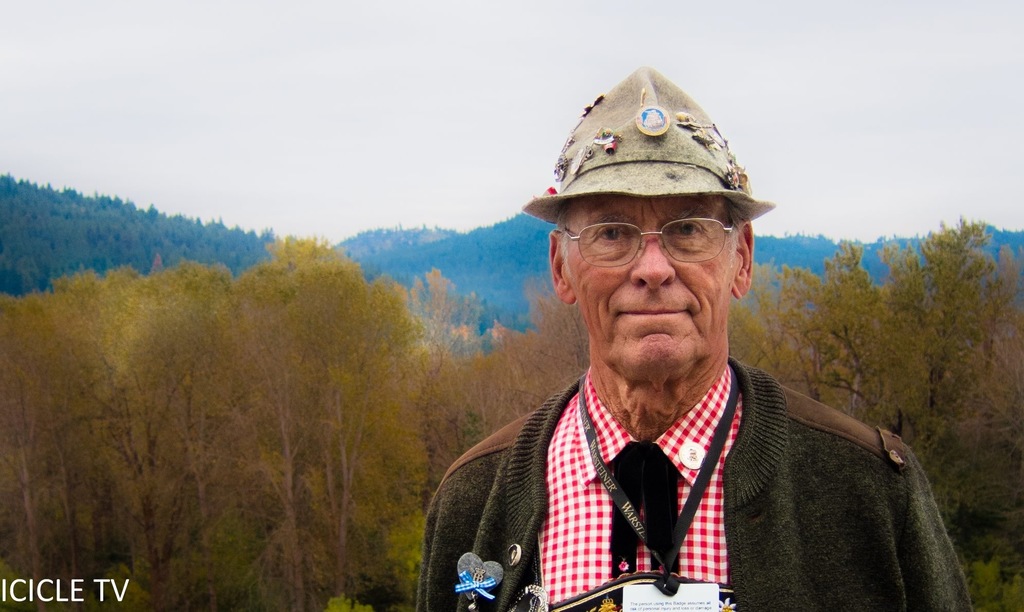 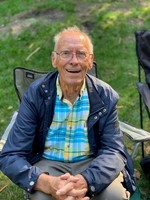 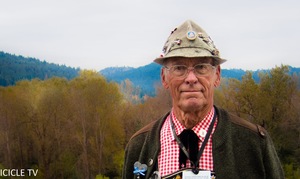