To share your memory on the wall of Michon "Toppy" Kimball, sign in using one of the following options:

Provide comfort for the family of Michon "Toppy" Kimball with a meaningful gesture of sympathy.

Print
Michon “Toppy” Lea Dundas, 79, passed away peacefully in her home in Orondo, WA, on Tuesday, March 24, 2020 after a courageous battle with cancer.

Michon was born January 6, 1941 in Pateros, WA to Thomas L. Dundas Sr. and Rosella G. (Halpaus) Dundas. She attended Brewster schools and graduated from Brewster High School in 1959. Michon then married Ivan Leroy Kimball Jr on March 4, 1961 in Coeur d’Alene, ID. Michon and Ivan lived in Brewster, WA until they moved to Orondo, WA in 1967. They owned and operated the Orondo Fruitstand, selling the fruit that they grew in the family’s orchard.

Michon enjoyed being surrounded by her family, and always looked forward to hosting various holidays throughout the year, especially “bunny day”. She loved attending any event her children and grandchildren participated in. She was incredibly proud of her family. Michon was an avid reader and always had a book nearby. She also enjoyed working crossword puzzles.

She was preceded in death by 2 infant children, Ivan L. Kimball III and Kimberly A. Kimball: as well as her parents, Thomas L. Dundas Sr. and Rosella G. Dundas.

Michon was laid to rest during a small family service at the Pateros Cemetery. A celebration of life will be held at a later date. Memorials can be made to a Washington State Chapter of the Ronald McDonald House. The family wishes to thank CWH Hospice Services for their loving support and care for Michon during her final days. Special thanks to Dr. Julie Smith and Dr. Heather Preissler of Confluence Health Medical Center.

Arrangements are by Heritage Memorial Chapel of East Wenatchee, WA. Please express your thoughts and memories on the online guestbook at heritagememorialchapel.com.
Read Less

To send flowers to the family or plant a tree in memory of Michon "Toppy" Lea Kimball (Dundas), please visit our Heartfelt Sympathies Store.

Print
Services are Pending. "Toppy" will be buried with her children in the Pateros Cemetery when that becomes available.

We encourage you to share your most beloved memories of Michon "Toppy" here, so that the family and other loved ones can always see it. You can upload cherished photographs, or share your favorite stories, and can even comment on those shared by others.

Love, Mallory and Dan and Lynne Hunter have sent flowers to the family of Michon "Toppy" Lea Kimball (Dundas).
Show you care by sending flowers

Posted Apr 02, 2020 at 08:48am
I will forever remember Michon as the one who gave me the treasure of reading. Michon always had a book open and was always so happy to share the ones she had already read. She taught me how to put troubles aside and find a peaceful place within a book. I have to say her smile and kind heart are the things that will stay with me forever. Kathy, Kelly, and Kristy, you have always been like family to me, so very sorry for your loss.
Comment Share
Share via:

Posted Apr 01, 2020 at 07:02pm
She was such an awesome lady. When my sister Teresa and I were young Ivan drove our bus and many times we would be dropped off at their house and Mrs. Kimball would walk us across the road to the Brandt's. So very sorry for your families loss.
Comment Share
Share via:
TH

Posted Mar 31, 2020 at 02:06pm
I love you grandma more then you know . Thank you for everything , you taught me so much over the years . You and grandpa are wonderful people and I cherish every single moment we had together . You are the best person in my life and always will be. I love you it feels good knowing I have an angel like you looking down on me
-turner
Comment Share
Share via:
DH

Posted Mar 29, 2020 at 11:22am
Our condolences to the family of Toppy. Great memories of her in High School and the Orondo Fruit Stand. She was a wonderful mother and grandmother.

Dan and Lynne Hunter purchased the The FTD Living Spirit Dishgarden and planted a memorial tree for the family of Michon "Toppy" Kimball. Send Flowers 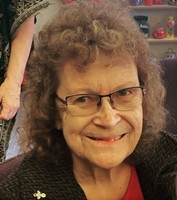 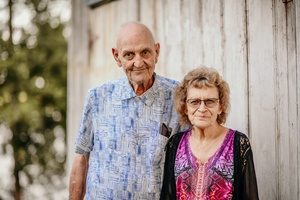