To share your memory on the wall of Gene (Elwin) McCandless, sign in using one of the following options:

Elwin Gene (Grandpa) McCandless passed due to complications of COVID-19 on Monday March 23rd 2020 in Central Washington hospital. He was born in Springfield Missouri on April 22nd 1928 to Maurice and Hazel McCandless. He was the second oldest of 9 children. The family moved to the area of Cashmere Washington in 1934. He attended school there until enlisting in the Army in 1946 where he was stationed in medical tent after being trained for infantry. He loved telling stories about instead of shooting a gun he gave shots in the guy’s rears.

After the exiting the services he married his first wife Fanny and raised her children from a previous marriage. After some time they parted ways.

He began working soon after at Alcoa as a crane operator.

In 1968, he met and married Lucille Oliver, joining the family with her 4 kids, They moved around all up and down the western coast before settling back in Cashmere Washington. They lived there until Lucille’s untimely death in 1972. After retiring from Alcoa Gene began working at the Peshastin mill where he finally retired in 1990. Gene then went back to moving around the western coast, until settling in Okanogan county in July of 1996 to enjoy all his grandkids.

Gene became a town grandpa to everyone he met. He didn’t ever meet a stranger. He taught all his grandkids love and kindness and how to fix their own cars and become crack shots. He always had a smile on his face and a chuckle on his lips.

Gene was preceded in death by his Wife Lucille McCandless, His parents Maurice and Hazel McCandless, his sisters Joyce Rash and Wanda Bunch and his Brothers Rich McCandless and Ken McCandless, His step kids Al Oliver Jr, and Edna Taylor and his Grandson Donald Lutton.

A celebration of life will be held at a later date to be announced.
Read Less

To send flowers to the family or plant a tree in memory of Gene (Elwin) "Grandpa" McCandless, please visit our Heartfelt Sympathies Store.

Print
A family-held Celebration of Life will be held at a later date.

We encourage you to share your most beloved memories of Gene (Elwin) here, so that the family and other loved ones can always see it. You can upload cherished photographs, or share your favorite stories, and can even comment on those shared by others. 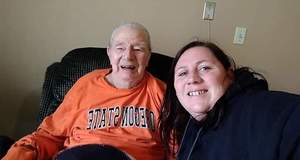 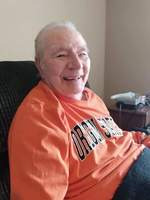 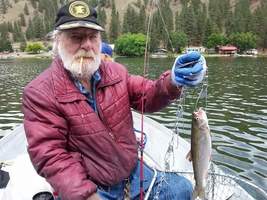