To share your memory on the wall of John Zepeda, sign in using one of the following options:

John was born on Sept. 10, 1945 in Bremerton, WA. He grew up in Yakima, WA and attended school there. He enlisted in the US Army on Oct. 26,1965, serving 20 years with 2 tours in Vietnam. The1st tour with the 5/7 Calvary and the 2nd tour with 281st AHC. He was stationed in Bamberg, Germany where he met Margit and they were married. Six months after their marriage he went to electronic school in Ft. Monmouth, New Jersey. On May 4th 1971 he became a father for the first time welcoming Scott into their lives. Four years later they moved to Ft. Ord, California where they welcomed their daughter Renee on Nov 12, 1974. They lived there for 3 years before moving to Los Angeles working as broadcast engineer for the Armed Forces Radio and Television Services where he met numerous radio and television stars, most memorable to him was Bob Hope, Johhny Carson and Clint Eastwood. He served one tour in Korea in 1981 and returned to Los Angeles to continue working for A.F.R.T.S. until he retired from the Army in Dec of 1985. After his retirement he returned to Washington state to be closer to family. In 1987 he underwent a heart valve replacement which then forced a career change and he moved his family to Rimrock, WA where they purchased and operated Game Ridge Motel for more than 20 years as a family. In 2007 John, Margit and Scott moved to beautiful Manson, WA to be closer to Renee and his grandsons where he enjoyed boating on Lake Chelan, camping at Lost Lake, fishing with Joe and the boys at Forde lake, studying the stars, caring for his hummingbirds, tending to his garden in the summer, attending his grandkids sports functions, and taking family trips around the country in the motor-home, aka "the Moty".

A memorial will be held at the New Song Community Church in Wenatchee,WA on March 14th at 11AM with Pastor Tim officiating and reception immediately following. All are welcome to attend and join in celebration of John's life. In lieu of flowers please send donations to the PTSD foundation of America or the American Heart Assoc.
You are invited to view his website at HertiageMemorialChapel.com and leave a memory. Arrangements are in the care of Heritage Memorial Chapel, East Wenatchee, WA.
Read Less

To send flowers to the family or plant a tree in memory of John Morris Zepeda, please visit our Heartfelt Sympathies Store.
Print

Carley and Megan, Ben and Rene' sent flowers to the family of John Morris Zepeda.
Show you care by sending flowers

Carley and Megan, Ben and Rene'

Carley and Megan, Ben and Rene' purchased flowers for the family of John Zepeda. Send Flowers

Posted Mar 02, 2020 at 10:29pm
Zep - You were the best mortarman in B Company, 5th Battalion 7th Cavalry, 1st Cavalry Division..Also a good friend and long distance communicator. Thanks for letting me get to know Margit and your family. What great times together. I miss you brother.
Allen (Lt)
Comment Share
Share via: 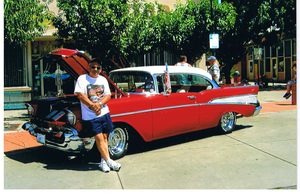 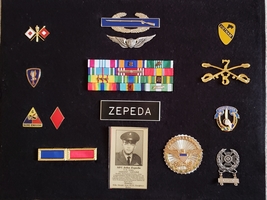