To share your memory on the wall of Sue Luker, sign in using one of the following options:

Sue E. Luker, 84, of E. Wenatchee, died Monday, February 10, 2020. Arrangements are by Heritage Memorial Chapel, E. Wenatchee.
Sue was born in Colt, Arkansas on January 10, 1936 to Ernest and Thelma (Smith) Luker. Due to hard times in Arkansas the family moved westward to Washington state where Sue’s uncle lived on a 250-acre apple orchard where Rocky Reach Dam and Lincoln Rock State Park are today.
Sue went to school at Wenatchee High where she and Allen E. Murray met and married. Together they had four children. In 1959 they moved to California for hopes of a new life. Later Sue left her home to begin a new life. Sue went to a business college eventually became a Service Representative for Social Security where she worked for 24 years until retirement.
Sue enjoyed competing at the shooting range where she often received a blue ribbon at the competitions. She also enjoyed competing in the California Women’s Bowling Association (CWBA). For a time she tried painting and was actually pretty good at it. She thoroughly enjoyed writing and always hoped to become a writer so filled her library with the types of books she enjoyed reading. She enjoyed Knitting, crochet and sewing. Her favorite thing to do in her later years was to go to bible studies and study the word of her Lord & Savior Jesus Christ. She kept many bibles on hand to show for this.
Sue’s final 11 years ended at Kaddie Glen Assisted Living where she made friends with almost everyone there. Thank You Kaddie Glen personnel for all the wonderful memories, the care and the love you lavished upon Sue. This meant so much to her family as we could not always be there.
Sue is survived by her children: Steven (Karen) Murray of Sheridan, OR, Judy E. Murray Hoder of Entiat, WA, Debbie (Carl) Fritts of Kennewick, WA, Jerry Wayne Murray (location unknown), several grandchildren, great grandchildren, and nieces; her brother Carroll Franklin Luker and sister Arminta (Theodore) Bleech.
To plant a tree in memory of Sue E. Luker as a living tribute, visit the Tribute Store.
Read Less

To send flowers to the family or plant a tree in memory of Sue Ernestine Luker (Luker), please visit our Heartfelt Sympathies Store.

There are no events scheduled. You can still show your support by sending flowers directly to the family, or planting a memorial tree in memory of Sue Ernestine Luker (Luker).
Visit the Heartfelt Sympathies Store

We encourage you to share your most beloved memories of Sue here, so that the family and other loved ones can always see it. You can upload cherished photographs, or share your favorite stories, and can even comment on those shared by others. 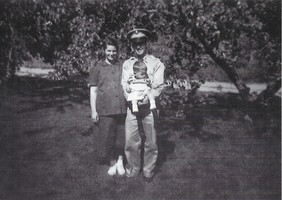 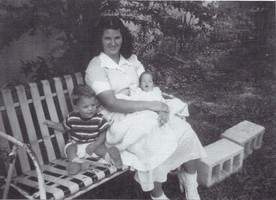