To share your memory on the wall of Inez Padron, sign in using one of the following options:

Provide comfort for the family of Inez Padron with a meaningful gesture of sympathy.

We encourage you to share your most beloved memories of Inez here, so that the family and other loved ones can always see it. You can upload cherished photographs, or share your favorite stories, and can even comment on those shared by others.

Arnoldo and RoseMarie Martinez, Ben and Laureen Hernandez, and others have sent flowers to the family of Inez Garza Padron (Garza).
Show you care by sending flowers

Guaranteed hand delivery by a local florist
AM

Posted Feb 11, 2020 at 01:12pm
With love and hugs. Your mom was such a great and loving lady. We will always remember her warm smile. You are all in our thoughts and prayers.

Arnoldo and RoseMarie Martinez purchased flowers and planted a memorial tree for the family of Inez Padron. Send Flowers

Posted Feb 11, 2020 at 10:27am
Our condolences to all the Padron family Rest In Peace Maria Love Isabel Rolo Garcia & family

Flowers were purchased for the family of Inez Padron. Send Flowers

Posted Feb 11, 2020 at 09:05am
Please accept our most heartfelt sympathies for your lossour thoughts are with you and your family during this difficult time.

Ben and Laureen Hernandez purchased flowers and planted a memorial tree for the family of Inez Padron. Send Flowers

Martha Arreola purchased the The FTD Comfort Planter and planted a memorial tree for the family of Inez Padron. Send Flowers

Posted Feb 10, 2020 at 02:37pm
Rest Peacefully my friend! You will always be in my heart and mind! Sending much love to all.... Sincerely, Cassandra Hernandez 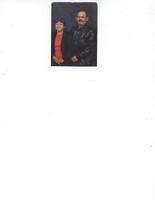 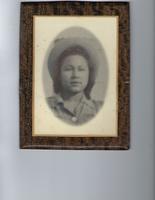