To share your memory on the wall of John Gerfy, sign in using one of the following options:

To send flowers to the family or plant a tree in memory of John Paul Gerfy, please visit our Heartfelt Sympathies Store.

Rachel Boisvert & Family, Ernie & Susan, Dan, Jim & Ann & All Our Families, and other have sent flowers to the family of John Paul Gerfy.
Show you care by sending flowers

Posted Feb 07, 2020 at 10:11pm
Very sorry to hear of Johns passing. Our thoughts are with all of you today even though we cant be. Rachel Boisvert & Family

The McNamara Children & Their Families.

Posted Feb 07, 2020 at 02:48pm
With Our Deepest Sympathy on the loss of dear Uncle Paul. Love to you all. Wish the Steelers were in the Super Bowl for him this Year!

Posted Feb 07, 2020 at 11:53am
Please accept our most heartfelt sympathies for your loss... Our thoughts are with you and your family during this difficult time.

Flowers were purchased for the family of John Gerfy. Send Flowers

Posted Feb 07, 2020 at 08:22am
With heartfelt condolences. Our hearts will always hold Uncle John near to us.

Ernie & Susan, Dan, Jim & Ann & All Our Families purchased flowers and planted a memorial tree for the family of John Gerfy. Send Flowers 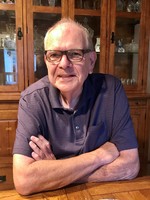