To share your memory on the wall of Lee Milner, sign in using one of the following options:

Born in Cambridge, MA, June 2, 1941, he was the son of the late Leo Robert Milner, MD and Esther Byer Milner. He received his education at Newton High School, Johns Hopkins University and Tufts University School of Medicine.

As a toddler, Lee accompanied his family by train to CA when his dad left for the Pacific Theater during WWII. In the late 60’s, he again made his way to the West Coast, this time as a young man flying to Vietnam to be a doctor in the 173rd Airborne. A year later he and his young family were reunited stateside and he fulfilled the rest of his two-year commitment at Fort Sam Houston before returning to the Boston area, small family and one cat, Little, in tow. There he continued his training to become a radiologist, a profession that he truly loved. He practiced briefly in the Boston environs followed by four years teaching and practicing at Georgetown University Medical Center in Washington, D.C. An idyllic ten years brought him to the mountains of West Virginia and Virginia where he met his second wife, Anna, and practiced radiology at Bluefield Regional Medical Center. Upon retirement, he again made his way west and fell in love with the mountains and small town of Leavenworth, WA which he has called home for the past 27 years. He deeply enjoyed all that grand mountains and small community provide: adventure, deep friendships, comfort and peace. He played the piano and greatly enjoyed music, both classical and jazz. Canyon Wren Recital Hall outside Leavenworth and all the young musicians as well as older wiser musician-teachers who passed through its doors remain forever dear to his heart.

As per Lee’s wishes, there will be no formal funeral service, the love of family and friends and the embrace of the mountains in winter being solace enough. Heritage Memorial Chapel in Cashmere, WA, is in charge of cremation arrangements and those wishing to express sympathy online may do so at www.heritagememorialchapel.com
Read Less

To send flowers to the family or plant a tree in memory of Lee B Milner MD, please visit our Heartfelt Sympathies Store.

There are no events scheduled. You can still show your support by sending flowers directly to the family, or planting a memorial tree in memory of Lee B Milner MD.
Visit the Heartfelt Sympathies Store

We encourage you to share your most beloved memories of Lee here, so that the family and other loved ones can always see it. You can upload cherished photographs, or share your favorite stories, and can even comment on those shared by others. 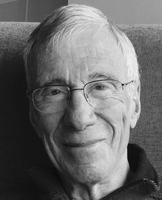