To share your memory on the wall of Victoria Rosentreter, sign in using one of the following options:

Provide comfort for the family of Victoria Rosentreter with a meaningful gesture of sympathy.

Victoria Lee Rosentreter, 73, a 42-year East Wenatchee resident, passed away at her home on December 23, 2019, following a sudden illness.

She was born on June 26, 1946, in Orofino, Idaho, to the late Francis and Beverly (Allen) Poole. She was raised in the Lewiston and Emmet Idaho area and graduated from the Emmet High School. She continued her education, attending Beauty School and becoming a Beautician. She moved to the Seattle area, where she met Wayne W. Rosentreter. They were later married in November 1969 and made their home together in Federal Way. There, she raised her two children until 1977 where she and Wayne then moved to East Wenatchee where she worked at Highline Convalescent Center in East Wenatchee. Later she became a well respected Avon Lady. They continued to make their home in East Wenatchee.
She was a longtime member of the East Wenatchee, Church of Jesus Christ of Latter-day Saints, Columbia Hills Ward.

Victoria is survived by her son, Michael Rosentreter and his fiancé, Lori Roscoe, both of Kennewick, WA; six brothers and sisters: Kathy Sullivan of Graham, Rebecca Pinney of DesMoines, Mary Cawley of Wapato, Brian Hamilton of Sea-Tac, Steven Hamilton McCleary of Idaho, James Hamilton of Seattle and her three grandchildren: Ashley, Rachel and Alisha. She was preceded in death by her parents, her husband, Wayne in July 2018 and her daughter, Angela Delmore in February of 2018.

A Commemoration Service will be held at 2:00 p.m., on Wednesday, January 8, 2020, at the Church of Jesus Christ of latter-day Saints, 667 10th Street N.E., East Wenatchee. The Dedication of the Grave and Interment will precede the service at Evergreen Memorial Park. All are invited to share a memory on her tribute at www.HeritageMemorialChapel.com . Arrangements are in the care of Heritage Memorial Chapel, East Wenatchee.
Read Less

We encourage you to share your most beloved memories of Victoria here, so that the family and other loved ones can always see it. You can upload cherished photographs, or share your favorite stories, and can even comment on those shared by others.

Posted Jan 14, 2020 at 08:14pm
Viki was such a joy to share a smile with. We will miss you, but know you've been called back home. May your family be comforted by the knowledge of a good life you lived and in your faith and love of our Savior, Jesus Christ.
Comment Share
Share via:

Posted Jan 07, 2020 at 01:46pm
Condolences to the family of Sister Rosentreter. I got to know Viki while I was working in the LDS Family History Center. She was a kind and sweet person. She was very creative and had a love for her Savior!
Comment Share
Share via: 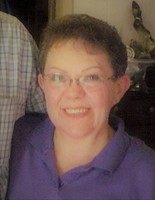