To share your memory on the wall of James Kaylor, sign in using one of the following options:

He was born on May 28, 1931 in the Bronx, New York, son to the late George and Margaret (Szabo) Kaylor. He was raised in the Throggs Neck area of the Bronx. He graduated from high school in the Bronx in 1950 and entered the United States Air Force serving during the Korean War. He met Carol Muzyk and they were married on August 17, 1972 at Alexandria, Virginia. Following his honorable discharge from the Air Force, they returned to New York where he became a Union Apprentice Brick Layer. He worked as a Union Brick Layer in New York as well as jobs that took their family to many areas up and down the Eastern Seaboard States for the next several years. In the 1980’s, he accepted a long-term union job offer that brought their family to make their home in Spokane. For the next several years, he worked on the construction of many of new schools in the Spokane and Coeur d’Alene areas. During this time, they made their home in the Hillyard area of Spokane.

James retired in the later 2000’s and they moved to make their home in Wenatchee. He was a longtime member of Mount Saint Michael’s Parish in Northeast Spokane and the Brick Layers Union. Jimmy was always an avid New York Yankees and New York Giants Fan.

He is survived by his wife, Carol Muzyk Kaylor, of Wenatchee, WA; two sons: Joseph F. Muzyk and his Fiancee’, Angie Jacobson, both of Wenatchee and Alexander J. (Christie) Kaylor, of Kennewick, WA; one daughter, Carol M. Kaylor-Smith, of Wenatchee, WA; one step-son, Philip lee Bender, of New Menonie, Wisconsin; one brother, George Kaylor, of Vermont and five grandchildren. He was preceded in death by a sister, Margaret Kaylor-Hoering.

A Funeral Mass will will be Celebrated at 11:00 a.m., on Monday, December 16, 2019, at Mount Saint Michaels Church in Spokane with the Rev. Father Casimir Puskorius Celebrant Presiding.

You are invited to visit his tribute online at www.HeritageMemorialChapel.com and leave a memory. Arrangements are in the care of Heritage Memorial Chapel, East Wenatchee.
Read Less

To send flowers to the family or plant a tree in memory of James Edward "Jimmy" Kaylor, please visit our Heartfelt Sympathies Store. 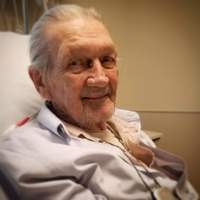