To share your memory on the wall of Janet Cenotto, sign in using one of the following options:

When she was 11, Janet’s family settled in Peshastin, Washington. She enjoyed music and sports in school and it was in her senior year of high school that she met the love of her life, David John Cenotto. They were married on July 28, 1963. It was a marriage that lasted almost 53 years when David passed away in 2016. After Janet graduated from high school in 1961 she became a beautician and worked for a beauty shop in Cashmere until her children were born; Eugene (Gene) Pierre in 1966 followed by Traci Lyn in 1968. Once her children were in school, Janet worked at Blue Star Fruit Exchange in Cashmere. The family moved to Peshastin in 1975 where she worked at Hi-Up (the Brownie) in Peshastin and then at The River's Edge Lodge in Peshastin. After David's retirement from the Department of Transportation, they moved to Waterville, Washington and Janet made many friends there. She was very talented, and her father had always said she could do anything she set her mind to, which was true. She was a great cook and baker. She would often make treats for the DOT crew on Blewett Pass. She made clothes for her children when they were young, could figure out any crochet pattern or create her own, and taught herself to knit. She loved bragging about her granddaughters, Emma Christine and Willa Elaine to her friends and family. They were her greatest joy. In her last few years, she was able to travel to many different places in the United States, which made her very happy. Janet was a very kind and gentle-hearted lady and will be missed by all that knew her.

Service will be held Saturday, December 7, 2019, at 1:00 p.m. at the Wenatchee Church of the Nazarene. Attire is casual according to Janet’s wishes. In lieu of flowers, memorials can be made to The River Academy in Wenatchee, www.TheRiverAcademy.org/give. Arrangements made by Heritage Memorial Chapel in East Wenatchee.
Read Less

To send flowers to the family or plant a tree in memory of Janet Elaine Cenotto, please visit our Heartfelt Sympathies Store.
Print

We encourage you to share your most beloved memories of Janet here, so that the family and other loved ones can always see it. You can upload cherished photographs, or share your favorite stories, and can even comment on those shared by others. 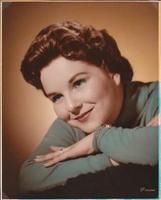 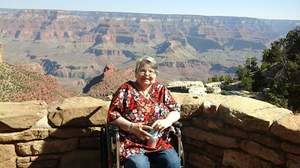 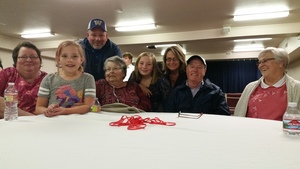 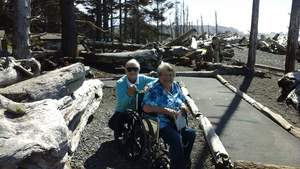