To share your memory on the wall of James McMahan, sign in using one of the following options:

On Sunday, November 10, 2019, James "Jim" L. McMahan, loving husband, father, and grandpa, passed away at the age of 77. Jim was born on September 24,1942, in Sevierville, TN, to George and Nancy (King) McMahan. He entered the U.S. Navy in 1961, and was honorably discharged in 1967, after serving as an Aviation Electrician. On July 12, 1965, he married Jerrilene "Jerri" S. Dockery and moved to Wenatchee, WA, where they raised three children: Dennis, Jentri, and Jason. Jim retired from Alcoa after 39 years.
Jim was known for his infectious smile and his kind and compassionate spirit. He was an avid sports enthusiast and always looked forward to watching his favorite team, the Dallas Cowboys. Jim was a talented carpenter and enjoyed crafting and woodworking with his family.
He was preceded in death by his father, George; his mother, Nancy; siblings; Lucile Watson, Nina Smelcer, Ray McMahan, Clyde McMahan, and Eugene McMahan. He is survived by his wife, Jerri McMahan; three children: Dennis McMahan (Amanda McMahan), Jentri Linn (Jason Linn), and Jason McMahan; grandchildren: Jadyn McMahan, Cassidy McMahan, Dawson Linn, and Bailey Linn; his siblings: Howard McMahan, Charles McMahan, and Bonnie Whaley.
A Graveside Service, with military honors, will be held at 1:00 p.m., on Tuesday, November 19, 2019, at Wenatchee City Cemetery, 1804 N. Western Ave., Wenatchee, WA, 98801. In lieu of flowers, please consider a donation in loving memory of Jim to the Make a Wish Foundation: http://bit.ly/2XeBSNl. We will always carry his memory in our hearts. You are invited to view Jim’s online tribute at www.HeritageMemorialChapel.com to share a photo or leave a condolence. Arrangements are in the care of Heritage Memorial Chapel, East Wenatchee, WA.
Read Less

To send flowers to the family or plant a tree in memory of James L McMahan, please visit our Heartfelt Sympathies Store.
Print

Posted Nov 18, 2019 at 11:14pm
Worked in pot lining with Jim McMahon. He was one of my supervisors ,I have to say Jim was nicest Kamas person that I’ve ever worked for. He had a way about him you wanted to do your job for this man and do your best. He was full of jokes made me laugh most every time I talk to him. After Jim McMahon retired our department fell apart. He truly was an awesome person and he will be terribly missed. My prayers go out to the family for healing.
Comment Share
Share via:
TM

Posted Nov 18, 2019 at 05:11pm
Tom Manson
I WORKED IN POTLINING DEPT. AT ALCOA WITH " MAC " FROM 1971 UNTIL I RETIRED IN 2000. HE WAS THE BEST EQUIPTMENT OPERATER IN THE DEPARTMENT. YOU NEVER HAD TO WAIT FOR MAC HE WAS ALWAYS AT LEAST 1 STEP AHEAD OF EVERYBODY. WHEN HE BECAME SUPERVISOR I ALSO HAD THE PRIVILEGE TO WORK FOR HIM. AGAIN HE WAS A GREAT SUPERVISOR. HE WILL BE GREATLY MISSED BY ALL WHO KNEW HIM OR WORKED WITH HIM.
Comment Share
Share via:
DD

Posted Nov 16, 2019 at 07:15pm
Around 1980 Jim was the cage operator on day shift at Alcoa in the potlining dept. I was filling in for a man on vacation and was opening bags of Buffalo patch with my trowel. He must have noticed because the next day he presented me with a knife he had made from an old sawblade. He cut it out shaped it and sharpened it. It made opening the bags much easier and quicker. It shows what a kind, helpful person he was to do that without being asked to. I've still got the knife almost fifty years later and I always think of Jim when I look at it. I'm sorry He's left the Earth and I will miss seeing him around town.
Comment Share
Share via:
JL

Thank you for sharing. 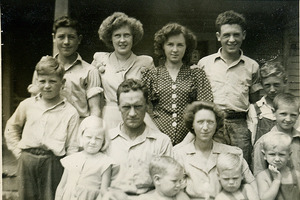 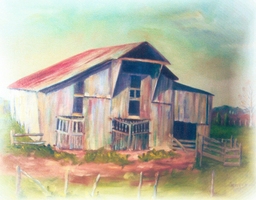 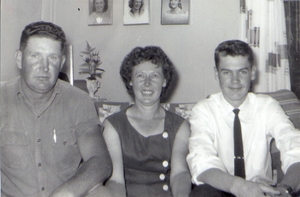