To share your memory on the wall of Danny Campbell, sign in using one of the following options:


Danny Lee “Dan” Campbell Sr., 74, of Lake Chelan, passed away at his home on Thursday, November 7, 2019.
He was born on May 6, 1945 at Houston, Texas to the late DeeVon and Audrey (Kiel) Campbell. He was raised in Houston and graduated from the Waltrip High School. Following high school, he entered the U.S. Navy and served as a Medic. Upon receiving his honorable discharge, he returned to Houston. He later, continued his education and attended nursing school at Galveston, Texas, where he received his nursing degree and became a Registered Nurse.
In the 1980’s, he worked as a R.N. at Central Washington Hospital and during this time, made the decision to further his calling with education. He attended Physicians Assistant training in Durham, North Carolina and while there, he also worked as a Life Flight Helicopter nurse. He continued on to the University of Nebraska and after completing his Masters degree, he returned to work in Durham, North Carolina. In 2001, he returned to Wenatchee and went to work for the Wenatchee Valley Clinic as a P.A.C. in the Orthopedics Clinic. In 2011, Dan went to work at Samaritan Hospital in Moses Lake in the Emergency Department and remained there until 2015, when he joined the Lake Chelan Clinic staff. He remained at the Chelan Clinic until ill health forced him to retire in December of 2018.
Danny was especially proud of serving on medical missions in Guatamala and Haiti, where he delivered his first baby.
He was a member of the Real Life Church in Chelan, a member of the National Chapter of Physicians Assistants and the Columbia River Chapter of the Harley Owners Group (HOG).
He is survived by his wife, Margaret E. Campbell, Chelan, WA; two children, Danny Lee (Natalie) Campbell Jr., Cypress, TX and Alison (Charles) Turner, Houston, TX; two step children, Jennifer Batt (Shawn), East Wenatchee and Aaron (Casey) Batt, East Wenatchee; two sisters, Audrey Diane “Diane” (Billy) Ford, Iola, TX and Darlene (Harry) Ingram, Kerrville, TX; seven grandchildren, Bailee Campbell and Braden Campbell, Cypress, TX, Haley Turner, Waco, TX, Mary Turner and Danielle Turner both of Houston, TX, Sophie Batt and Ethan Batt both of East Wenatchee. He was preceded in death by his parents and an infant brother, Carl Campbell.
A special thank you to Confluence Health Hospice (Randi); special friends, Dwight and Marie Collins, Chelan, (who were always there for us), Rich and Leah Thompson, Chelan and all of our wonderful neighbors, who lended a helping hand during the last year.
A Celebration of Life service will be held on Sunday, November 24th at 2:00 p.m. at the Chelan Senior Center, 534 E. Trow Ave., Chelan, WA. 98816, with Pastor Kyle Plew officiating. In lieu of flowers, memorial contributions may be made to Real Life, Chelan building fund. You are invited to visit his tribute online at www.HeritageMemorialChapel.com and leave a memory. Arrangements are assisted by Heritage Memorial Chapel, East Wenatchee.
Read Less

To send flowers to the family or plant a tree in memory of Danny Lee "Dan" Campbell Sr., please visit our Heartfelt Sympathies Store.
Print

We encourage you to share your most beloved memories of Danny here, so that the family and other loved ones can always see it. You can upload cherished photographs, or share your favorite stories, and can even comment on those shared by others.

Posted Nov 21, 2019 at 04:39pm
Margaret and family, we have very fond memories of Dan and please know we are thinking of you at this difficult time with much love and prayers.

Doc and Nicki purchased flowers for the family of Danny Campbell. Send Flowers

Flowers were purchased for the family of Danny Campbell. Send Flowers

Posted Nov 13, 2019 at 03:29pm
Dan was a man of unique character and it has been an absolute pleasure to call him my friend for more than 30 years. He was generous, yet sometimes a penny-pincher, jovial yet sometimes too serious, outgoing yet at times withdrawn. I could go on and on but the most important thing about Dan was he had a loving and caring heart. He struggled at times to show it, but it was clear to me that his family and friends meant the world to him. We were all blessed to have him as a part of our lives. He will be deeply missed. Our condolences to all who knew and loved him. Doc & Nicki Hamm
Comment Share
Share via: 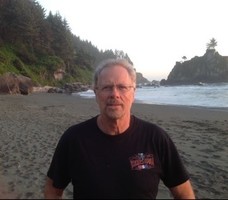 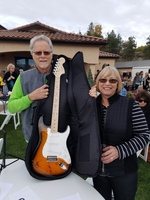 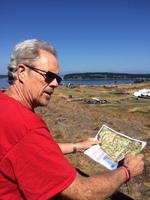