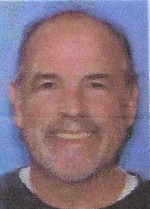 Michael T. “Mike” Ashbrook, 55, a longtime East Wenatchee resident, died from injuries sustained in a motor vehicle accident on Wednesday morning, November 6, 2019 on Hwy SR 28 near Hydro Park in East Wenatchee.
He was born on April 29, 1964 in Wenatchee to Alvis William and Clema Jean (Vickery) Ashbrooks. He was raised in Rock Island, attended Rock Island Elementary, Sterling Middle School and Eastmont High School. A short while after high school, he moved to the Hollywood area of Los Angeles, California. He worked as a Bartender while enjoying the time and weather driving his white IROC-Z Camaro with the T top out. After 12 years, he returned to make his permanent home in East Wenatchee. He briefly worked for a local window cleaning and janitorial company prior to starting his own company in 1999, known as “Ashbrook’s Window Action”. He was proud to be his own boss and worked very hard. He often thought of hiring an assistant and instead he just worked longer hours.
Mike loved sports, football, baseball, basketball. He played softball on several local teams. He was an avid golfer and seemed to favor the Rock Island Golf Course the most. He was a music buff, had a large collection of all types of music and had the best equipment.
He is survived by companion, Ina Primmer, East Wenatchee; his father, Alvis, W. Ashbrooks, Yakima; two brothers and sisters-in-law: Will D. & Tami Ashbrooks, Charles E. “Chuck” & Lisa Ashbrooks all of East Wenatchee; his half sister and brother-in-law, Candice “Candy” & Trung Vo, Snohomish; two step-sons, Josh and Jared Flemens both of Spokane and numerous nieces and nephews. He was preceded in death by his mother, Clema Freeman and one brother, Russell “Rusty” Ashbrook.