To share your memory on the wall of Michael Ashbrook, sign in using one of the following options:

Michael T. “Mike” Ashbrook, 55, a longtime East Wenatchee resident, died from injuries sustained in a motor vehicle accident on Wednesday morning, November 6, 2019 on Hwy SR 28 near Hydro Park in East Wenatchee.
He was born on April 29, 1964 in Wenatchee to Alvis William and Clema Jean (Vickery) Ashbrooks. He was raised in Rock Island, attended Rock Island Elementary, Sterling Middle School and Eastmont High School. A short while after high school, he moved to the Hollywood area of Los Angeles, California. He worked as a Bartender while enjoying the time and weather driving his white IROC-Z Camaro with the T top out. After 12 years, he returned to make his permanent home in East Wenatchee. He briefly worked for a local window cleaning and janitorial company prior to starting his own company in 1999, known as “Ashbrook’s Window Action”. He was proud to be his own boss and worked very hard. He often thought of hiring an assistant and instead he just worked longer hours.
Mike loved sports, football, baseball, basketball. He played softball on several local teams. He was an avid golfer and seemed to favor the Rock Island Golf Course the most. He was a music buff, had a large collection of all types of music and had the best equipment.
He is survived by companion, Ina Primmer, East Wenatchee; his father, Alvis, W. Ashbrooks, Yakima; two brothers and sisters-in-law: Will D. & Tami Ashbrooks, Charles E. “Chuck” & Lisa Ashbrooks all of East Wenatchee; his half sister and brother-in-law, Candice “Candy” & Trung Vo, Snohomish; two step-sons, Josh and Jared Flemens both of Spokane and numerous nieces and nephews. He was preceded in death by his mother, Clema Freeman and one brother, Russell “Rusty” Ashbrook.
Read Less

To send flowers to the family or plant a tree in memory of Michael Troy Ashbrook, please visit our Heartfelt Sympathies Store.

There are no events scheduled. You can still show your support by sending flowers directly to the family, or planting a memorial tree in memory of Michael Troy Ashbrook.
Visit the Heartfelt Sympathies Store

We encourage you to share your most beloved memories of Michael here, so that the family and other loved ones can always see it. You can upload cherished photographs, or share your favorite stories, and can even comment on those shared by others.

Posted Nov 13, 2019 at 01:07am
I first meet Mike when he was 8 years old as he transferred to Rock Island Elementary School in mid-year, from Robert E. Lee Elementary. I recall how I went home with him on his first day in the new school! Even though I just meet him on this first day in school, I knew his mother, and step-father, Roy Freeman a few years earlier! Mike was very friendly, and very likable! Even if his fellow friends had attitudes against his peers, he would stay out of the peer pressure that is inflicted on him! Even though he wasn't a core member of the childhood gang I belong to, but we did have our own little group that we congregated together, which most often consisted of Brian Bradley, Gerald (Junior) Nieder, and myself! However Michael was so friendly, he could hang out with just about any group of people he encounters! 😉 As we just entered into our teen years, Mike and I went our separate ways, but we would always encounter each somewhere in the Big Town of Rock Island, we would never fail to have a long talk with each other and bring each other up to date with each other's lives! We have so many wonderful memories together through all our encounters, but now our encounters will end here in this existence, so I will close by saying; Good by, Michael, I know all our fallen friends are going to enjoy their re-union with you in your new home!
Comment Share
Share via:

Posted Nov 12, 2019 at 06:35pm
Mike, this is heartbreak for your family and friends. I remember you as a small boy and then a man who washed my windows.
We will miss you!
Comment Share
Share via:
E

Posted Nov 12, 2019 at 12:14pm
Mike,you were always so bright an cheerful, smiling from cheek to cheek. I cant believe your gone, we will miss you tremendously. Thank you for always being so kind, I know you are with us still, and cant wait to see you again, watch over us! Love you!
Comment Share
Share via:
ST

Posted Nov 09, 2019 at 06:32pm
Our deepest sympathy to the family. Mike was a great guy that always had a smile. My memories are the 5T's when he and Danene would come in. He was a great person!
Comment Share
Share via:
JF

Posted Nov 08, 2019 at 11:19pm
Where do I even begin? You have shown me endless thing from shaking hands like a man to getting the most skips on the water of a peaceful lake on an earlier summer morning. You brought more joy to my life then I will ever be able to explain. Shared many tears but even more laughs. You helped me as a young boy learn and love the game of football. We would spend countless hours watching and yelling at the TV as we would be the best "couch refs". I would cherish the time spent at your softball practices and you would let me shag balls in the outfield like I was just one of the guys, and driving home in your pride and joy blazer making the front wheels pop off the ground as we would drive over the speed bumps. You were more then a friend to me your were the absolute best step-father I could have asked for. Your actions of being there when you didn't have to didn't go unnoticed even as a young child. I will forever be grateful to you Mike. I love you man✌️ I'll see you in my dreams ✌️
Comment Share
Share via: 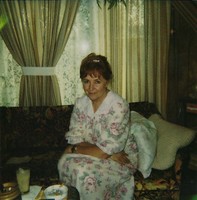 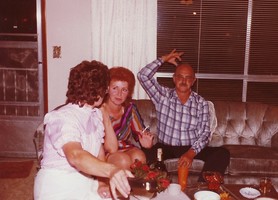 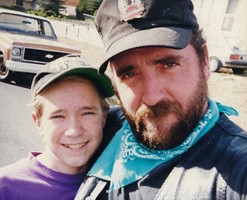