To share your memory on the wall of Bonnie Mitchell, sign in using one of the following options:

Bonnie Sue Mitchell, mother, grandmother, confidant, best friend, advisor, and family matriarch, passed away peacefully at her home in East Wenatchee, WA, surrounded by her four children. Bonnie was born on June 18, 1936, to Clyde and Hazel Voorhies in Davidson, OK.

Bonnie married Gene Mitchell of Omak, WA, on April 30, 1955, and later, moved to Packwood, WA, where they raised their family for several years before settling in the Wenatchee Valley in 1964.

Bonnie worked as a waitress for many years, mainly nights, so she could be home with her children during the day. Family time on weekends and vacations centered around stock car racing and water skiing. Gene and Bonnie also enjoyed bowling for many years on local leagues.

Self-taught and wise beyond her years, Bonnie was a progressive and forward-thinking woman. She opened her own custom upholstery business in 1971, working from the basement of the family home. With no formal training, Bonnie designed and restored everything from furniture, boats, airplanes, and classic street rods. She was amazingly creative, and her work received awards at several car shows in Washington and Portland, OR.

Always adventurous and wanting to learn something new, at age 50, Bonnie returned to school and enrolled at Wenatchee Valley College. She began taking bookkeeping and accounting classes with the thoughts of getting an office job. Little did she know, it would be working for her sons in their pruning business.

In 1989, once again feeling the urge to try something new, Bonnie and Gene formed their own trucking company, Midlife Enterprises. They were successful in this endeavor until the truck rental business began declining in 1992. In January of 1993, they joined forces with sons, Ted and Jody, who also owned their own dump trucks, to form Mitchell Trucking and Paving, Inc. Being the President and driving force behind the business, Bonnie continued actively working in the office until 2008. Even after her retirement, she oversaw all aspects of the company. Not surprisingly, she asked for a copy of the financial statement the day she died.

Bonnie loved her children fiercely, believing, encouraging, and supporting them in everything they set out to do. She always said her biggest accomplishment in life and the one she was most proud of was her children. She taught them at an early age, the importance of a strong work ethic, to always do your best, and above all – “family comes first”. Mom left us a wonderful legacy and we will all miss our “happy hours” together.

The family wishes to express their heartfelt gratitude to Dr. Toby Long, the caregivers and hospice team for their love, compassion, and wonderful care of Bonnie.

To send flowers to the family or plant a tree in memory of Bonnie Sue Mitchell, please visit our Heartfelt Sympathies Store.

We encourage you to share your most beloved memories of Bonnie here, so that the family and other loved ones can always see it. You can upload cherished photographs, or share your favorite stories, and can even comment on those shared by others. 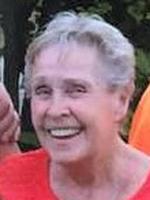