To share your memory on the wall of Donna Sherrell, sign in using one of the following options:

Provide comfort for the family of Donna Sherrell with a meaningful gesture of sympathy.

She was born on August 1, 1934 at Waumande, Wisconsin to the late Alvin and Helen (Moser) Falkenberg. She was raised on the family farm prior to the family moving to Chelan when she was five years old. She received her schooling in Chelan and graduated with honors from the Chelan High School, with the class of 1952. She married a fellow classmate, Elby Collins and while he was away serving in the Army, she attended the University of Washington, studying Radiology. Upon his return from the service, they made their home in East Wenatchee.

In 1966, she was married to James Lynn Sherrell. They made their home together in East Wenatchee. Donna went to work with her husband at Midland Trucking Company, where she was the Treasurer. She was preceded in death by her husband, James L. Sherrell on March 6, 2012. She continued working at Midland Trucking until 2016.

Donna was a member of the Spirit Life Center Church in Leavenworth, was a longtime member of the American Legion, Post 10, Auxiliary and a former member of the Kiwanis Club. She was actively involved at the American Legion in the Kitchen Band and Drill Team. She famous for her award-winning jams, liked fishing and going crabbing. In earlier times she was an accomplished Water Skier. She was known as the best Mom in the crowd at her son’s baseball games.

A Service of Commemoration will be held on Thursday, October 17th at 11:00 a.m. at the Spirit Life Center Church, 210 Benton Street, Leavenworth, Washington, with Pastor Russell Esparza officiating. The service will conclude with a reception in the church and then private Entombment in the Evergreen Memorial Park Mausoleum. Visitation will be at Heritage Memorial Chapel, 19 Rock Island Road, East Wenatchee on Wednesday, October 16th from 3:00 to 8:00 p.m. You are invited to visit her tribute online to share a condolence or leave a memory for the family. Arrangements are in the care of Heritage Memorial Chapel, East Wenatchee.
Read Less

To send flowers to the family or plant a tree in memory of Donna Mae Sherrell (Falkenburg), please visit our Heartfelt Sympathies Store.

The insignias listed here may be subject to copyright and / or trademarked. Those copyrights and trademarks are owned by the respective organizations.

We encourage you to share your most beloved memories of Donna here, so that the family and other loved ones can always see it. You can upload cherished photographs, or share your favorite stories, and can even comment on those shared by others.

Posted Oct 16, 2019 at 10:50am
My father, Arnie Stennes, worked with Elby Collins at Alcoa in the fifies and that is when I met Donna. I remember many great times with the two of them. She called me little Sandy Stennes throughout my adult life! I have fond memories of Donna. May she rest in peace. Sandy Stennes Weaver
Comment Share
Share via:
HS

Posted Oct 15, 2019 at 12:06pm
May you be comforted by the outpouring of love surrounding you. And surrounded by Jesus love.

Flowers were purchased for the family of Donna Sherrell. Send Flowers 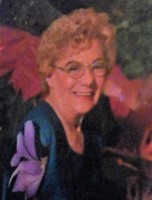 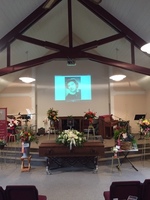 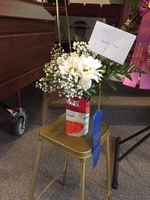 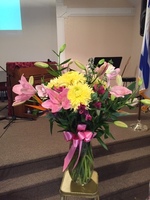