To share your memory on the wall of Gerald Cawdery, sign in using one of the following options:

Gerald Thene Cawdery, was born on September 3, 1933 in Boise, Idaho, and passed away peacefully, surrounded by loved ones, on September 24, 2019 in Wenatchee, Washington.
He was a blessed and beloved husband, father, grandfather and great grandfather to his family. Adopted from the Boise Orphanage at 27 months by Fred Cawdery and Eva Jean (Murdock) Cawdery, Jerry was raised on a farm in Wilder, Idaho and thus began his life-long character development distinguished by a hard work ethic, self-discipline, organization, ambition, diplomacy, generosity and kindness. Jerry’s love for Southern gospel music also began during his early years on the farm in Idaho where Jamaican field hands, after a long day of work, would often gather around his mother’s piano and sing their favorite gospel hymns well into the evening. Jerry attended Gem State Adventist Academy in 1951 and 1952 where he met the love of his life Carol Ann Damarell; married on September 30, 1953, their journey together lasted just shy of 66 years.
For the first 15 years of his professional life, Jerry worked for the J.C. Penney company. In 1968, when future promotion in the company required relocation of the Cawdery family to a large city, Jerry and Carol decided to move from Eugene Oregon to Wenatchee, Washington. It was here, in Wenatchee, that Jerry began his 40-year career in health care which eventually included partnership (“Triple C”) with Carl and Danny Campbell and encompassed numerous nursing homes, assisted living facilities and retirement communities in Washington, Idaho, and Texas. In 1969, after attending an evangelistic series in Wenatchee, Jerry was baptized in Lake Chelan becoming a member of the Seventh-day Adventist church.
Jerry’s first – and true, love in his life was his family. He and Carol had five (5) children: Patricia Kaye Cawdery (Mace), Lynda Jean Cawdery (Amundson), Gerald Thene Cawdery, Jr., Cynthia Ann Cawdery (Fisher) and Robyn Sue Cawdery (Featherston). Jerry was affectionately nicknamed “Bop” by his seven (7) grandchildren: Reggie Mace, Taylor Mace, Clarissa Jones (Fisher), Jessica Taylor (Fisher), Conner Featherston, Micaela Featherston and Sasha Fisher. His last few years, Jerry greatly enjoyed playing with his six (6) great-grandchildren: Hunter Jones, Kaden Taylor, Pieper Jones, Ryan Taylor, Gunner Jones and Margot Mace.
Jerry never forgot his own humble and sometimes difficult beginnings. He and Carol enjoyed every opportunity to assist young people in achieving an education, especially a Christian education. From an early age, Jerry loved adventure and never lost his desire and enjoyment for travel – spending extended time in the Holy Lands just prior to Israel becoming a nation. As the family grew, Jerry loved taking vacations to the Oregon coast. Later, with family and friends, they toured Europe, Australia and New Zealand. Always the true gentleman yet fun-loving, amiable and gracious to all, Jerry enjoyed exchanging light-hearted comments and humor with family and even complete strangers. Jerry loved to help and support any sincere person reach their dreams and goals – and one way he did so was to freely share his accumulated experiences and wisdom gained from the hard work, circumstances and individuals that shaped his life.
Gerald Thene Cawdery was preceded in death by his son, Gerald Thene Cawdery, Jr., his father, Fred Cawdery, and his mother, Eva Jean Murdock Cawdery. Gerald Thene Cawdery is survived by his wife, Carol Ann Cawdery of Wenatchee, Washington; daughters Patricia Mace (Terry) of Boise, Idaho; Lynda Amundson (Rene) of Cashmere, Washington; Cynthia Fisher of Wenatchee, Washington and Robyn Featherston (Brent) of Sandpoint, Idaho. Surviving grandchildren are Reggie Mace of Boise, Idaho; Clarissa Jones of Wenatchee, Washington; Taylor Mace of Boise, Idaho; Jessica Taylor of Puyallup, Washington; Conner Featherston of Woodland, Washington; Micaela Featherston of College Place, Washington and Sasha Fisher of Coeur d’Alene, Idaho.
Though deeply missed, Jerry now peacefully sleeps awaiting the call of Christ Himself on the promised Resurrection Morning and the joyful reunion with his beloved family.
In lieu of flowers, donations may be directed to Lighthouse Ministries in Wenatchee or Upper Valley Mend in Leavenworth. Graveside services will be held at the Wenatchee Cemetery & Mausoleum on Saturday, October 12, 2019 at 10 a.m., Pastor Matt Lombard officiating.
Read Less

To send flowers to the family or plant a tree in memory of Gerald T "Jerry" Cawdery, please visit our Heartfelt Sympathies Store.

We encourage you to share your most beloved memories of Gerald here, so that the family and other loved ones can always see it. You can upload cherished photographs, or share your favorite stories, and can even comment on those shared by others.

Posted Oct 09, 2019 at 01:44pm
Please accept our most heartfelt sympathies for your loss... Our thoughts are with you and your family during this difficult time.

Flowers were purchased for the family of Gerald Cawdery. Send Flowers 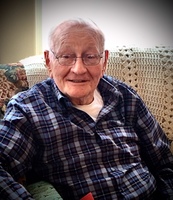