To share your memory on the wall of Gertrude Rohlman, sign in using one of the following options:

Our dear mother, grandmother, greatgrandmother, and great-great-grandmother, Gertrude Rohlman, left this world on Tuesday, August 20, 2019, at the age of 100 years and nine months. She was born Mylatine Gertrude Pape on December 8, 1918, at home, in the Fremont section of Seattle, WA, to Gertrude Olive (Dalrymple) and Leonard Francis Pape. Later, her parents divorced and her mother married Carl Nielson (Dad). They moved to Palisades, WA, in 1926. Gertrude went to school in Palisades until the eighth grade. She moved to Wenatchee and worked for her room and board, while going to Wenatchee High School, graduating in 1937. She was the first Princess Palisades in the Apple Blossom Festival.

Gertrude married Leroy Rohlman on April 23, 1939, living in Palisades until moving to East Wenatchee in 1949. She worked as a credit manager at MacDougall's (Peoples) Department Store from 1958-1978. They belonged to the Good Sam Club and had many camping trips. In 1978 and 1979, they traveled to Alaska for several months of salmon fishing; then on to Arizona for the winter. They enjoyed several cruises and a trip to Europe.

Special Thanks to the people at Dore’ Adult Famly Home; whose timeless and compassionate care made mom’s last days peaceful – Jason, Bobbi, Mason Hills and aide, Erica. Thanks so much to cousin Scott Cornwell for his faithful visits to mom.

Memorial contributions may be made in memory of Scott to the Seattle Children's Hospital and Research Foundation, P.O. Box 5371, Seattle, WA, 98145-5005, or online at https://www.seattlechildrens.org/giving/donate/ or to the charity of your choice.

To send flowers to the family or plant a tree in memory of Gertrude Rohlman, please visit our Heartfelt Sympathies Store.

We encourage you to share your most beloved memories of Gertrude here, so that the family and other loved ones can always see it. You can upload cherished photographs, or share your favorite stories, and can even comment on those shared by others. 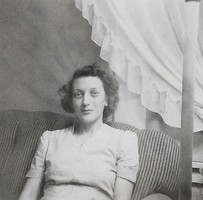 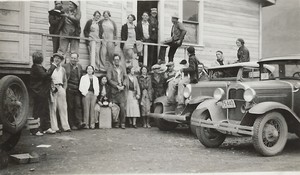