To share your memory on the wall of Caryll Tibbetts, sign in using one of the following options:

Caryll was born December 13, 1925 in Eau Claire, Wisconsin to Chester and Marian Wheeler, she attended high school in Nelson, Wisconsin and had several months of nurses cadet training at St. Olaf College in Northfield, Minnesota. On November 11, 1944 she married Charles A. Tibbetts in San Luis Obispo, California. Charles had just returned home from overseas after serving in World War II.

Caryll and Chuck lived in Menomonie, Wisconsin until 1979. They moved to Port Orchard, Washington until 1996 when they moved to New Richmond, Wisconsin, and then in 2000 to Harvest, Alabama.
Charles passed away in 2011. Caryll’s final move was to Leavenworth/Cashmere, Washington
in 2016.
Caryll’s most gratifying work was as a mother, grandmother, and homemaker. She was a wonderful pianist who played in a dance band, at church, and loved accompanying her children while singing or playing their musical instruments. She had several part-time jobs as the children grew up. Her favorite was working as a pharmacy technician at Memorial Hospital in Menomonie.

Caryll loved the Lord and was a real student of the Bible. She was also an excellent seamstress and needle worker and avid crossword puzzle enthusiast. Memories of her wonderful childhood brought her much joy in her last years.

To send flowers to the family or plant a tree in memory of Caryll Marian Tibbetts, please visit our Heartfelt Sympathies Store.

There are no events scheduled. You can still show your support by sending flowers directly to the family, or planting a memorial tree in memory of Caryll Marian Tibbetts.
Visit the Heartfelt Sympathies Store

We encourage you to share your most beloved memories of Caryll here, so that the family and other loved ones can always see it. You can upload cherished photographs, or share your favorite stories, and can even comment on those shared by others. 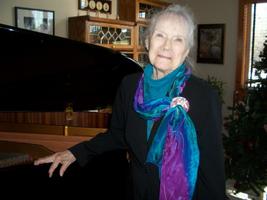 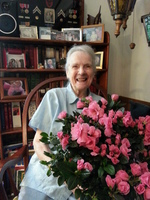 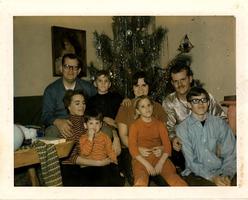