To share your memory on the wall of Deanne Clark, sign in using one of the following options:

Deanne M Clark – beloved mother, grandmother & great grandmother, died Monday August 26, 2019, after a beautiful month of happiness in the mountains at Senior’s Haven. The entire month, she was surrounded by family, friends, and loving caregivers and slipped away peacefully at the age of 90 years old.

Deanne was born in Manson, WA on June 2, 1929 to Dan H and Annie Via (King) Gordon. Coming from a very musical family, Deanne began piano lessons at age 6 and was soon playing and singing in grade school and at church services. She played with her two older brothers (King and Bub) in a band in middle and high school.

She married Robert Vern “Olie” Clark in 1947, and as they traveled with Teamster Construction work to California and around Washington, the piano was always with them. Growing up the kids remember two upright pianos and the pump organ all in the living room at Gordon’s Motor Hotel, where they were raised, at Lake Chelan. Those were the best years, as Deanne managed the Hotel from 1955 to 1963.

Deanne was a stay at home mom until her youngest started school in 1966. It was then that she began packing apples, which she did for many years. She also was a hostess for Campbell’s Restaurant, a cashier at Foster’s Market and a waitress at Uncle Bubs Restaurant.

In 1979 Deanne was divorced, in 1980 she moved to Alaska for the summer season to be with her two younger children, fell in love with Anchorage, and stayed. While there she worked in the offices for Whitney Fidalgo Seafoods, Sohio Alaska Petroleum Company, Woodward-Clyde Consultants, American Guard & Alert Inc. and Wal-Mart. It was here that she began teaching piano lessons. A total of 22 years were spent in Alaska, with a break of 2 years spent in Ismir Turkey with her oldest son and family, where he served a portion of his military career.

During the time she was in Turkey, she was a Self-Employed Pianist. She was contracted by the U.S. Air Force providing musical performances, accompaniment, and entertainment under military contracts for the U.S. Air Force military chapel and Officers Club. She performed for wedding and other special events. She enjoyed performing for the Turkish Annual Music Festival in Chesme, which included accompanying school bands and choral groups from three U.S. military bases in Turkey. She played every Sunday for two different churches in Izmir.

While in Alaska, she played regularly at the Governor’s Mansion, and for the Young at Heart Big Band. You could find her every Sunday playing at Anchorage Bible Fellowship.

In 2002, she moved to Wenatchee, and joined Wenatchee Central Lions Club, and provided music every Friday at Club meetings and events. For the next 12 years every Sunday at Calvary Bible Church, and at many community events. If they needed a piano player, she was ready to play.

She is preceded in death by her parents Dan & Via, her brothers King & Bub Gordon, and her sister Irene Gallant.

A funeral is scheduled for 2:00 pm, on Saturday, September 21, 2019, at Calvary Bible Church, 601 First St, in Wenatchee with Pastor Steve Whitney to officiate. All are welcome to attend. in lieu of flowers please donate to the Lions Club of your choice or Northwest Lions Foundation.

You are invited to view her website at www.HeritageMemorialChapel.com and leave a memory. Arrangements are in the care of Heritage Memorial Chapel, East Wenatchee.
Read Less

To send flowers to the family or plant a tree in memory of Deanne Maxine Clark, please visit our Heartfelt Sympathies Store.

We encourage you to share your most beloved memories of Deanne here, so that the family and other loved ones can always see it. You can upload cherished photographs, or share your favorite stories, and can even comment on those shared by others.

Posted Sep 14, 2019 at 11:44am
Dear Doug, Shannon, Shelley and Todd, and families: Saddened to hear of the passing of your Mom. Thank You for the detailed obituary - as an historian, it is important that those that come after us know of us in the present and past. I didn't know her middle name was Maxine, same as my Mom's - they were both friends in the Chelan of our youth. God Bless the memory of Deanne Clark. - The Hansen family (Jack, Paula, Jim (& Sue; Jenny & Drew), and Mike) and the late Ernest F (Bud) Hansen (Peggy), Gwen Maxine Hansen, and Mark S Hansen (Sophia)
Comment Share
Share via: 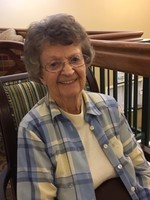 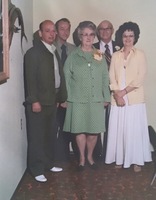