To share your memory on the wall of Elizabeth "Nellie" Bailey-Melton, sign in using one of the following options:

Provide comfort for the family of Elizabeth "Nellie" Bailey-Melton with a meaningful gesture of sympathy.

Elizabeth “Nellie” Bailey-Melton (formally Nellie Stegeman), 79, died peacefully, after a long battle with dementia. She passed peacefully in her home Wednesday, August 14, 2019, in the comfort and care of her loving family.

She was born April 14, 1940 to John and Henrika “Rika” Stegeman and raised in Leavenworth. She was the youngest daughter of nine children. She grew up on her father’s farm in Eagle Creek, Leavenworth, WA, with her siblings.

She married Peter Alberg, of Entiat, WA, in October of 1960. Together they had four children; Paul, Marie, Dorothy, Johnny. Pete died in 1965. She remarried in 1966 to John Melton and went on to have two more children; Jim and Ruth. She again became widowed in 1982, after John’s death.
After being a housewife, babysitter, and assisting in running the Leavenworth taxi business, Nellie went on to becoming a CNA at Leavenworth Hospital. She retired in 1998, after years of dedication to the patients she worked with.

In 1989, Nellie married the love of her life, Jerry Bailey, of Little Rock Arkansas. During their long-distance courtship, Nellie traveled, by greyhound, to Little Rock. This trip was the first time Nellie had left her home state of WA. Together they enjoyed the company of their ten grandchildren. They loved camping, picnicking, and family get togethers. They moved to Wenatchee in 1998, where they spent their time until Jerry’s death in 1999.

Nellie was diagnosed with Dementia in 2010. She spent the next nine years, creating memories for her many family members. After her diagnosis, she enjoyed long drives with family and listening to classic country music stations.

She loved to sew, creating many quilts for loved ones, as well as donating many to Our House (the cancer house), as well as other organizations. She was an excellent baker; making countless cookies, cakes, breads, and candy.

She was a both a dedicated mom and grandma. She also helped with many school functions, donating countless baked goods. She loved watching her children and grandchildren play sports, traveling all over central Washington to cheer them on.

She was a devoted Catholic, and a member at St. Joseph’s Church (Wenatchee). She attended weekly until 2016. She loved arriving to mass early to watch the choir practice.
She is preceded in death by her parents, brother Robert Stegeman, sister Shirley Canturbury, and grandson Eric Melton.

Her family would like to thank Hospice for the incredible support of their nurses, aids, and social workers.
A Celebration of Life will be held at her home, 1234 7th street in Wenatchee, on September 7, 2019 at 2:00 pm.
Read Less

We encourage you to share your most beloved memories of Elizabeth "Nellie" here, so that the family and other loved ones can always see it. You can upload cherished photographs, or share your favorite stories, and can even comment on those shared by others.

Rick Racus and family sent flowers to the family of Elizabeth "Nellie" Bailey-Melton.
Show you care by sending flowers 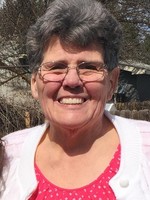 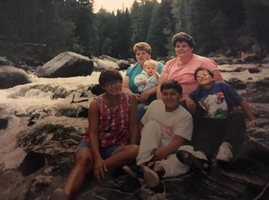 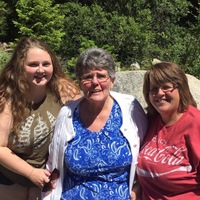