To share your memory on the wall of Erlan Miller, sign in using one of the following options:

Erlan John Miller (85) was born on March 16, 1934 in Wenatchee to the late Emil and Esther (Heimbigner) Miller. Erlan grew up in Dryden and graduated from Dryden High School in 1953. Upon graduation he entered the U.S. Army. October 15, 1954, Erlan married Janice Smith and was shortly thereafter deployed to France, where he worked in communications for NATO during the Korean Conflict. After his honorable discharge they returned to Dryden until Erlan was offered a job in Seattle with Boeing, as an inspector of B52’s. In 1958 they welcomed their son, John, and Erlan decided to return to school. He attended the Wenatchee Junior College then transferred to the University of Washington, graduating with an Engineer degree. In 1963 son, Jay joined the family. The family moved to Bremerton when Erlan accepted employment with the Naval Undersea Warfare Center at Keyport, WA, during his tenure his expertise with torpedo operations was useful. Erlan retired in 1991 and he and Janice purchased a small golden apple orchard in Cashmere, back to the valley he loved.
Erlan enjoyed playing golf and his morning coffee at the mini market with his valued lifelong friends.
Erlan passed away on August 12, 2019, at home. He is survived by his wife of 65 years, Janice; sons, John (Yulia), Jay (Tammy); brother, Sherel (LaNita) Miller; five grandchildren, Emily, Charles (Lyndsey), Grant, Logan (Ashley) and Duncan Miller; seven great-grandchildren and former daughter in-law Kathy Miller.
Viewing will be on Wednesday, August 21st from 4-7pm at Heritage, Cashmere and graveside services with military honors on August 22nd, 11:00 am at the Cashmere Cemetery. In lieu of flowers the family suggest donations be made to the Seattle Cancer Alliance. Arrangements are in the care of Heritage Memorial Chapel, Cashmere.
Read Less

To send flowers to the family or plant a tree in memory of Erlan John Miller, please visit our Heartfelt Sympathies Store.
Print

We encourage you to share your most beloved memories of Erlan here, so that the family and other loved ones can always see it. You can upload cherished photographs, or share your favorite stories, and can even comment on those shared by others. 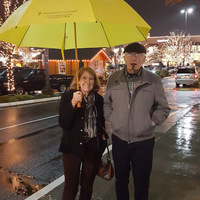 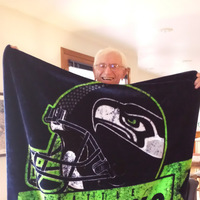