To share your memory on the wall of Maria Tapia, sign in using one of the following options:

Provide comfort for the family of Maria Tapia with a meaningful gesture of sympathy.

She was born on January 2, 1957, in Indio, California, to the late Thomas Lemus Marin and Marie Del Refugio Casas. She graduated from high school and continued her education, receiving her degree as a Beautician and Cosmetologist. She later became a Social Worker for Head Start Schools and later a Medical Assistant at Medical Clinics. She met and was marred to Martin L. Tapia. They have made their family home in East Wenatchee since 1994.

A Funeral Service, officiated by Pastor Dallas Stringer and Pastor Bob Bauer, will be held at 1:00 p.m., on Wednesday, July 10, 2019, at Eastmont Baptist Church in East Wenatchee, WA. A Graveside Burial will be held at the Woodville, Cemetery, located at 17203 Ave. 168, Woodville, California. Arrangements are in the care of Heritage Memorial Chapel, East Wenatchee & Cashmere, Washington.
Read Less

To send flowers to the family or plant a tree in memory of Maria Helen Tapia (Lemus), please visit our Heartfelt Sympathies Store.

We encourage you to share your most beloved memories of Maria here, so that the family and other loved ones can always see it. You can upload cherished photographs, or share your favorite stories, and can even comment on those shared by others.

Posted Jul 09, 2019 at 04:16pm
Please accept our most heartfelt sympathies for your loss... Our thoughts are with you and your family during this difficult time. 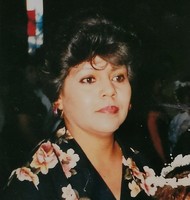 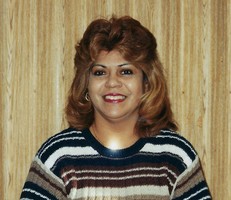