To share your memory on the wall of Barbara Wilson, sign in using one of the following options:

Provide comfort for the family of Barbara Wilson with a meaningful gesture of sympathy.

She was born in September of 1945, to Newman and Ruth Marie Garrison Pipkin. She graduated from Cashmere High School. Barbara met Marvin B. Wilson and later, they married in June of 1965. He was the love of her life and the center of her universe. Barbara and Marvin built a strong and loving marriage
that included two daughters, and eventually, two granddaughters.

She was preceded in death by her parents; brother, Dennis Blake Pipkin; and her beloved husband, Marvin B. Wilson. She is survived by her daughter and son-in-law, Yvonne Wilson Bailey and Bradley A. Bailey of Wenatchee, WA; daughter, Carmen Wilson of Cashmere, WA; granddaughters: Sara Wilson of
Ellensburg, WA, and RaeAnne Rice of Malaga, WA.

To send flowers to the family or plant a tree in memory of Barbara J Wilson (Pipkin), please visit our Heartfelt Sympathies Store.

We encourage you to share your most beloved memories of Barbara here, so that the family and other loved ones can always see it. You can upload cherished photographs, or share your favorite stories, and can even comment on those shared by others.

Posted Jul 29, 2019 at 05:58pm
Grandma, I love you so incredibly much. I am so lucky to have had a grandmother that loved and encouraged me as much as you did. A few of my favorite memories will always be when we would make homemade salsa and then just eat it with spoons rather than chips because it was so delicious and we just couldn't wait. You also made the absolute BEST biscuits and gravy.Another would be when I would spend the night as a kid and you would let me stay up until midnight just to watch the iron chef with you. You loved your family and that was obvious, no-one ever had to question it. Thank you for teaching me how to love unconditionally, what undeniable strength looks like and be a true warrior. You will always be the strongest women I know, and I thank God that you don't have pain and suffering anymore. Knowing that you and Grandpa are finally back together warms my heart and is one of the only things helping me though this gut-wrenching time. I love you grandma, I can't wait to see you again.
Comment Share
Share via:
NS

Posted Jul 16, 2019 at 03:24pm
Mama Wilson, you were always like a second mom to me. Many special memories at your house for sleep overs with Carmen. Because of you my ice cream cone valentines box you helped me make in 4th grade was a winner... like a real winner with a ribbon and all! I have a lot of memories that I hold on too. You and mom were good friends and I know she was waiting along with your loved ones welcoming you home. Your home free with no more pain and I long for the day to see you again! You were a blessing in my life and I love you!!! See you soon!
Comment Share
Share via:

Posted Jul 16, 2019 at 02:12pm
Grandma, you had the brightest smile to match your bright soul. Earth isn’t the same without you here, but I’m filled with so much peace and happiness knowing you’re with your parents and grandpa, smiling down on all of us and rooting us on. I love you endlessly. I miss your hugs and your witty comments, you were the most beautiful soul. ❤️
Comment Share
Share via: 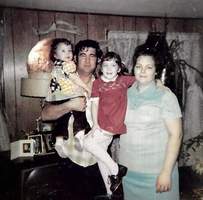 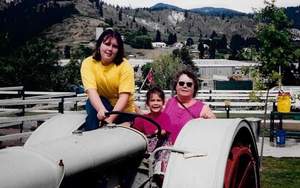 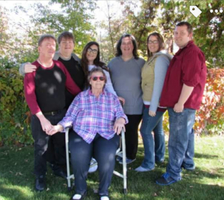 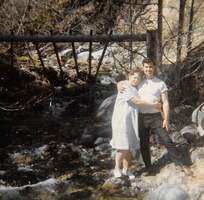