To share your memory on the wall of Susan Cook, sign in using one of the following options:

Provide comfort for the family of Susan Cook with a meaningful gesture of sympathy.

Susan Mary Cook, passed away on Sunday, May 19, 2019 in Wenatchee. She was born in Wenatchee, Washington, on October 19, 1968, to John and Joan Powers. She grew up in East Wenatchee and graduated from Eastmont High School in 1987. She attended Trend College and became a Title Officer, working at several Title Companies over the past two decades in the Wenatchee area.

She is survived by her parents, her brother, Michael Powers, two nephews, Jonathan and Steven Powers, a great niece, Ruby Powers and her beloved dog, "Peanut".

A Funeral Mass will be held on Friday, May 24th at 4:00 p.m., at Holy Apostles Catholic Church in East Wenatchee. All are invited to visit her tribute online at www.HeritageMemorialChapel.com and leave a memory. Arrangements are in the care of Heritage Memorial Chapel, East Wenatchee & Cashmere.
"We will always hold you in our memories and hearts."
Read Less

To send flowers to the family or plant a tree in memory of Susan Mary Cook (Powers), please visit our Heartfelt Sympathies Store.

We encourage you to share your most beloved memories of Susan here, so that the family and other loved ones can always see it. You can upload cherished photographs, or share your favorite stories, and can even comment on those shared by others.

Posted May 27, 2019 at 02:31pm
With sympathy to the Cook family and the Powers family in their loss of Susan. Death is sharp and painful. Nothing can fully prepare us for the loss of a loved one. Examining what the Bible teaches about the dead not knowing anything and the hope of the resurrection can bring comfort to the family. Ecclesiastes 9:5; Acts 24:15. May the family find strength in their memories they cherish of her. Also, may you find comfort in God because he is the source of all comfort. God will be with you today and in the days ahead. 2 Corinthians 1:3, 4
Comment Share
Share via:
IM

Posted May 22, 2019 at 02:37pm
Susie was a a good friend. Her compassion and caring changed my life and I will be forever grateful. RIP
Comment Share
Share via:

Posted May 22, 2019 at 02:12pm
You may Rest In Peace Susie! Thank you for being a good friend and working with you. Your friend from the Philippines, Patrick.
Comment Share
Share via:
AM

Posted May 22, 2019 at 01:16pm
Sending so much love to the entire Powers family - she will forever hold such a huge place in my heart. Always, Anne Miland
Comment Share
Share via: 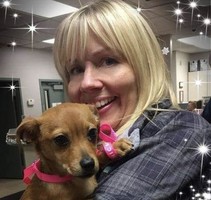