To share your memory on the wall of Sharon Coles, sign in using one of the following options:

Provide comfort for the family of Sharon Coles with a meaningful gesture of sympathy.

Sharon was born on June 13, 1939 in Morton, WA, to the late Frederick and Midge Marie (Cabe) Sylte. She grew up and attended school in Manson, WA. Sharon married Thomas W. Coles and they had five daughters.

Sharon started as a secretary at age 24 at Wenoka Sales in 1964. She worked her way up to apple broker and then eventually became an onion and potato broker. She liked nothing better than selling her produce to her customers back east. Sharon even sold a load of onions days before she passed and was quoting prices and freight rates. She finished her career as an onion and potato broker for Northwest Growers.

Sharon loved her family first and foremost. She loved the color yellow. She was very proud of her Norwegian heritage. Over the years, she and Tom remodeled the 1916 boarding house that they bought in 1963 into a beautiful and charming home. She dabbled in pottery and made stained glass. She golfed with Tom. She made the best apple pie in the world. Christmas was her favorite holiday. After Tom passed, her most faithful companion was her 15 year old Siamese cat, Sarah. Sharon spoiled Sarah, Sarah kept her company and they were loyal to each other until the end. Gonzaga basketball became a passion of Sharon’s. As she grew older, she enjoyed shopping on QVC for jewelry. She loved having her 11 grandchildren and 9 great grandchildren come to visit. They called her Grandma, Blondie, Grandma Mom and Grandma Sharon.

She was preceded in death by her husband Thomas W. Coles, her parents Fred and Midge Sylte and her brother Bruce Sylte.

In lieu of flowers, donations can be made to: Power House Ministries, 1052 Valley Mall Parkway, East Wenatchee, WA, 98802 or Knights of Columbus, P.O. BOX 3850, Wenatchee,WA, 98807-3850. You are invited her view her online tribute at www.Heritagememorialchapel.com to share a memory or leave a condolence. Arrangements are in the care of Heritage Memorial Chapel, East Wenatchee & Cashmere.
Read Less

To send flowers to the family or plant a tree in memory of Sharon Audrene Coles, please visit our Heartfelt Sympathies Store.

We encourage you to share your most beloved memories of Sharon here, so that the family and other loved ones can always see it. You can upload cherished photographs, or share your favorite stories, and can even comment on those shared by others.

Doug and Susie, Mike Aiello - Minores Meats, and others have sent flowers to the family of Sharon Audrene Coles.
Show you care by sending flowers

Doug and Susie purchased flowers for the family of Sharon Coles. Send Flowers

Posted May 28, 2019 at 06:23pm
I only knew Sharon over the phone as we did onion business together but I am very sorry to hear about her passing. She was such a nice lady and a pleasure to work with. My condolences to her family. - Nicole Foppiano, Morada Produce, Stockton CA
Comment Share
Share via:
AC

Posted May 28, 2019 at 05:21pm
Not a day has gone by that I have not thought of your mom and all of you! I am so glad I came up when I did, your mom was very special to me! My thoughts and prayers are with you all!
Comment Share
Share via: 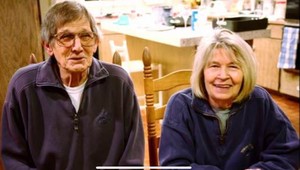 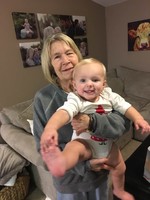 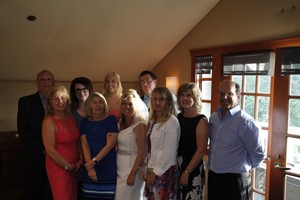