To share your memory on the wall of Donald Jones, sign in using one of the following options:

Provide comfort for the family of Donald Jones with a meaningful gesture of sympathy.

Donald “Don” L. Jones, long time resident of Cashmere, WA., passed away on May 13, 2019 due to illness. Don was born in Port Angeles, WA, then his family moved to Cashmere where Don attended high school. Don served in the U.S. Navy during the Korean Conflict then returned home to Cashmere. Don met and married Katherine “Penny” Jones before attending and graduating from University of Washington. Don worked for Boeing for several years. In 1971 Don and his brother, Arnie, purchased an orchard in Cashmere. Don worked on the orchard until the time of his death. Don was a past member of the Cashmere Lions Club and enjoyed shoot trap at the Cashmere Gun Club.

Don is survived by his brother, Arnold Jones; his son, Scott (Jackie) Jones of Cashmere, WA; three grandchildren and one great-grandchild. Don is preceded in death by his parents Lloyd and Lalia Jones and his wife, Katherine Jones.

At Donald's request there will not be a funeral service, but friends and family are invited to join for an Open House from 12:00 - 4:00 p.m., on Saturday, May 25, 2019 at the residence of Scott and Jackie Jones, located at 4219 Eels Road, Cashmere, WA, 98815. In lieu of flowers, it is asked that you make a donation to a local charity of your choice. You are invited to view his online tribute wall to share a memory or leave a condolence. Arrangements are in the care of Heritage Memorial Chapel, East Wenatchee & Cashmere.
Read Less

To send flowers to the family or plant a tree in memory of Donald Leroy "Don" Jones, please visit our Heartfelt Sympathies Store.

We encourage you to share your most beloved memories of Donald here, so that the family and other loved ones can always see it. You can upload cherished photographs, or share your favorite stories, and can even comment on those shared by others.

Posted May 22, 2019 at 02:56pm
I will always remember the great times we had on the "Wednesday Night Snowmobile Rides". Don would pick me up and help load my sled and meet Arnie, Bill King and Harold Hensley at Scotty creek for a 50 to 60 mile ride over old Blewett. This was in the 1970's before there was a groomer. Thanks, Don, for the memories.
Jeff Gomes
Comment Share
Share via: 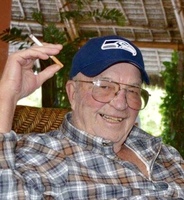 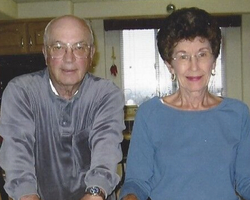