To share your memory on the wall of Don Walton, sign in using one of the following options:

Don G. Walton, 79, a longtime Quincy Farmer and Orchardist, passed away peacefully with his family on Saturday, March 23, 2019, in Wenatchee.

Don G. Walton, 79, a longtime Quincy Farmer and Orchardist, passed away peacefully with his family on Saturday, March 23, 2019, in Wenatchee.

Don was in born Oakland, California in 1939, to the late Allan and Josephine (Gerken) Walton. He was raised in Centerville, California and graduated from Washington Union High School. He continued his education at the University of California at Davis and at Chico State College where he studied Agriculture and received his Bachelor of Science Degree.

In 1961, while at Davis, he met and was later married to Jean. They briefly made their home together in Chico prior to moving to Quincy in 1962 to live his dream of farming. Don began growing row crops with his uncle, Elmer Gerken. He later expanded with an apple and pear orchard and continued his farm for 57 years with Jean and lifelong friend David Weber.

In 1986, Don together with partner Rex Morgan, founded Double Diamond fruit in Quincy.

Don was a member and past president of the Quincy Rotary International Group.

Outside of his farm, Don found joy as a pilot of his plane, the captain of his boats and as a master electronic tinkerer. He was an active ham radio operator, and was proud to hold the highest possible Amateur Extra radio license. In recent years Don spent many hours working to restore and maintain the pipe organ at the Wenatchee Historical Museum.

He is survived by his wife of 58 years, Jean C. Walton, Quincy; two children, Don T. Walton of Wenatchee and Tami J. Walton (Steve Moore) of Ellensburg. He was preceded in death by his parents and one brother, Lee Walton.

A Remembrance Gathering will be held at a later date. You are invited to visit his tribute online at www.HeritageMemorialChapel.com and leave a memory. Memorial contributions may be made to The Healing NET Foundation, www.thehealingnet.org. Arrangements are in the care of Heritage Memorial Chapel, East Wenatchee.
Read Less

To send flowers to the family or plant a tree in memory of Don G. Walton, please visit our Heartfelt Sympathies Store.

There are no events scheduled. You can still show your support by sending flowers directly to the family, or planting a memorial tree in memory of Don G. Walton.
Visit the Heartfelt Sympathies Store

We encourage you to share your most beloved memories of Don here, so that the family and other loved ones can always see it. You can upload cherished photographs, or share your favorite stories, and can even comment on those shared by others.

Posted Apr 02, 2019 at 11:15am
A man of many talents, Don taught me a lot about pipe organ maintenance. It was always a treat to work with him, always something new about pipe organs, farming, flying, ham radio, ... I owe him a lot. I offer my sympathy to Jean and the rest of the family and to his friend, Dave Weber. 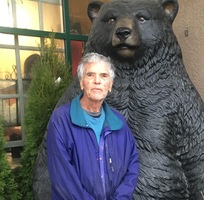 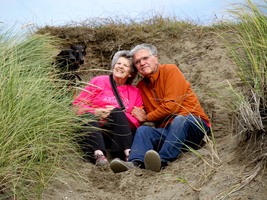 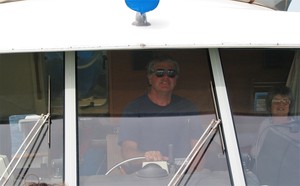