To share your memory on the wall of Joseph McKerlie, sign in using one of the following options:

Joseph LeRoy “Popsi” McKerlie, 93, of Wenatchee, WA and a lifelong Wenatchee Valley resident, passed away peacefully surrounded by his loving family on Thursday, March 7, 2019 at his home in Wenatchee where he wanted to be.

He was born on May 2, 1925 in Leavenworth, WA to the late Emslie and Elizabeth (Garrippi) McKerlie. He was raised in the Leavenworth and Cashmere areas. He attended Cashmere High School prior to entering the U.S. Navy in 1944. He served aboard ship during W.W.II. He passed through the Panama Canal twice before receiving his honorable discharge in 1946. He returned to the Wenatchee Valley and settled in Wenatchee, WA. He met the love of his life Renetta Louise Lillie and they were married on June 22,1950 in Coeur d’Alene, Idaho. They made their home together in Wenatchee,WA. Joe later went to work for the Wenatchee City Fire Department as a Fireman and Driver. He also worked as a local delivery Truck Driver for Eagle Transfer, P.I.E., and Consolidated Freight Companies. He retired from the Fire Department in the mid 1970’s after more than 25 years of service. He continued driving delivery trucks until retiring in the mid 1980’s.

Joe was an avid Steelhead fisherman as well as an avid Bowler. He bowled two perfect 300 games, one at age 73 and the other at 78, and has the rings to prove it.

He was also a youth baseball and youth bowling coach. As a Volunteer at the Morris Park Baseball Field, American Legion Food Booth, he became known as “Smokey Joe”.

He was preceded in death by his parents, two brothers, Robert "Bob" and Richard "Dick" McKerlie; two sisters Betty McKerlie and Onnalea Benedict, one infant granddaughter and two infant great grandsons. We want to give a special “Thank You” to Randi, Jana & Shawn with Hospice and a huge “thank you” to his niece Deb Benedict.

A Commemoration Service will be held for Joseph at 1:00 p.m. on Saturday, March 30, 2019, at Heritage Memorial Chapel, 19 Rock Island Road, East Wenatchee, WA, 98802. Following the Service, a light reception will be held at the funeral home. You are invited to visit Joseph's online tribute at www.HeritageMemorialChapel.com to leave a condolence or share a memory.
Read Less

To send flowers to the family or plant a tree in memory of Joseph LeRoy "Joe" McKerlie, please visit our Heartfelt Sympathies Store.

We encourage you to share your most beloved memories of Joseph here, so that the family and other loved ones can always see it. You can upload cherished photographs, or share your favorite stories, and can even comment on those shared by others.

Posted Feb 16, 2020 at 08:45pm
I only found out that Joe died. He led a good, full life, but we are never ready to say goodbye. Please accept my sincere sympathy.
Comment Share
Share via:
MH

Posted Mar 13, 2019 at 12:09am
Joe had left the city Fire Dept a few years before I hired on, but he was fun to talk to and had lots of great stories of fires he ran on. I saw him often at the ball park, and he taught me to tie steelhead flies. I will always remember him as a dedicated fire fighter and an all-around great guy. I always enjoyed being around him and learning about his history, and an occasional fire operations tip.
Comment Share
Share via:
JK

Posted Mar 12, 2019 at 12:05pm
Met Joe many years ago Bowling...He was an great friend to us all and a very talented Bowler.We will miss him but know that he is in a better place now! RIP Joe,say hello to Hal Troy for me ok? Jim Klein
Comment Share
Share via: 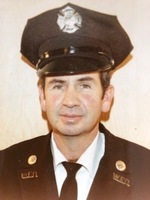 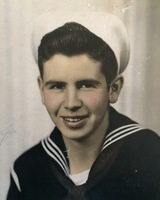