To share your memory on the wall of Ryan McDonald, sign in using one of the following options:

He was born on January 2, 1978, in Spokane, WA to Mark Dean McDonald and Karen Joanne (Worman) Koutnik. He was resided in the 9 Mile Falls area north of Spokane until he was 16 and they moved into North Spokane. He attended Lakeside High School and Mead High School, graduating with the class of 1996. He continued his education at Spokane Community College, prior to going to work in the construction industry. He worked for Hayden Homes in North Spokane and later for Bison Builders in Spokane. He moved to Wenatchee in 2012, where he worked for Village Life Construction also known as Timberwood Homes. He was an Assistant Construction Manager.

He met Ariana Tello in the summer of 2012 and they made their lives together in East Wenatchee. Following the birth of their son, Braylen in 2016, they moved to make their home in Rock Island.

Ryan enjoyed the outdoors, camping, hunting, fishing, the mountains, the river, and being with his boys. He had a hat collection and often would bring more than one with him.

To send flowers to the family or plant a tree in memory of Ryan P McDonald, please visit our Heartfelt Sympathies Store.

We encourage you to share your most beloved memories of Ryan here, so that the family and other loved ones can always see it. You can upload cherished photographs, or share your favorite stories, and can even comment on those shared by others.

Posted Mar 09, 2019 at 12:03pm
My heart goes out to each and every one of you in this time of loss. Ryan was an amazing friend growing up. I’d see him through the years and he always had that smile. We are sending hope, love and prayers to you.
Comment Share
Share via:
BB

Posted Mar 05, 2019 at 01:16pm
Wishing you peace to bring comfort, courage to face the days ahead and loving memories to forever hold in your hearts. God bless you and our family. 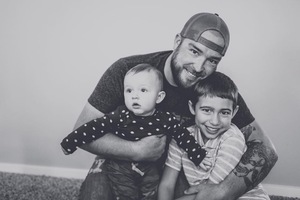 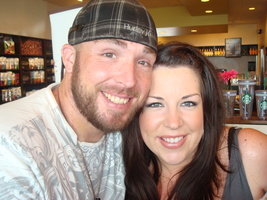 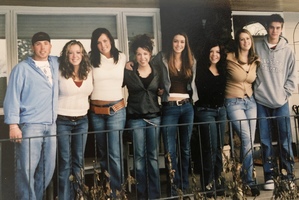