To share your memory on the wall of Calvin Bailey, sign in using one of the following options:

He was born on August 15, 1943, in Seattle, WA, to the late Calvin Edward Sr. and Lorene Ruth (Barglof) Bailey. He was raised in Shoreline, WA, and attended Shoreline High School. He enlisted in the US Navy and served during the Korean Conflict. Following his honorable discharge, he returned to Shoreline for a brief period before moving to Idaho. He returned to the west side of the Cascades to settle in Monroe. He met Donna A. (Morgan) Bartell and they were later married in Goldbar on July 6, 1979. They made their home in the Monroe area until moving to East Wenatchee in 2011.

A Memorial Service will be held at 2:00 pm on March 16, 2019 at the Wenatchee Valley Baptist Church, located at 650 Crawford Ave, Wenatchee, WA 98801. You are invited to view Calvin’s online tribute at www.Heritagememorialchapel@msn.com to leave a comment or share a memory. Arrangements are in the care of Heritage Memorial Chapel, East Wenatchee & Cashmere.
Read Less

To send flowers to the family or plant a tree in memory of Calvin Edward Bailey, please visit our Heartfelt Sympathies Store.

We encourage you to share your most beloved memories of Calvin here, so that the family and other loved ones can always see it. You can upload cherished photographs, or share your favorite stories, and can even comment on those shared by others. 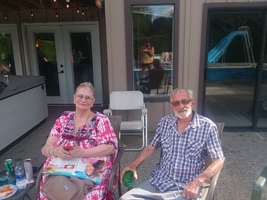 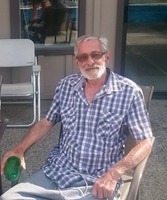