To share your memory on the wall of Amber Anderson, sign in using one of the following options:

Amber Suzette Anderson, 63, of East Wenatchee, passed away at her home on Monday, February 18, 2019.

Amber Suzette Anderson, 63, of East Wenatchee, passed away at her home on Monday, February 18, 2019.

She was born on December 16, 1955 in Wenatchee at the old Deaconess hospital, to the late Leonard and Mini (Sharpe) Regan. She was raised in the Wenatchee Valley and graduated from Wenatchee High School in 1974. She met Gerald Anderson at the Wenatchee First Church of the Nazerene and they were later married on December 24, 1976 in Wenatchee. They moved to Caldwell, Idaho and a short time later their first daughter, Melissa was born. With Gerald’s employment, they were transferred a number of times. While living in Pasco, their twins, Sarah and Braydon were born. They also made moves to Boise, Idaho, Benton City, Eugene, Oregon and Puyallup. She was preceded in death by her husband, Gerald in 2009 and she returned to make her home in East Wenatchee that same year.

Amber met Symon Ball on September 5, 2012 and they were later married on January 1, 2013. They made their home together in East Wenatchee.

As a child of God, Amber devoted her life to him when she was six years old. She was a longtime member of the Wenatchee First Church of the Nazerene and she often sang up front in church. She loved music and singing which also led her to becoming the singer in the park at Benton City for their 4th of July Celebrations. She enjoyed crafting, however, Crosstitch was her favorite. She liked bakingand cooking, cheering her family on when they ran in marithons and watching Gerald fly radio controlled airplanes.

A Graveside service will be held on Friday, February 22nd at 2:00 p.m. at Evergreen Memorial Park Cemetery, 1301 10th Street N.E., East Wenatchee, with Pastor Tom Nees officiating. The interment will follow the service. A Open House and time of commemoration, will be on Saturday, February 23rd from 12:00 p.m. to 5:00 p.m. at their home, 31 N.W. Hadley Street, East Wenatchee. Everyone is invited to visit her tribute online at www.HeritageMemorialChapel.com and leave a memory for the family.
Read Less

To send flowers to the family or plant a tree in memory of Amber Suzette Anderson, please visit our Heartfelt Sympathies Store.

We encourage you to share your most beloved memories of Amber here, so that the family and other loved ones can always see it. You can upload cherished photographs, or share your favorite stories, and can even comment on those shared by others.

Posted Feb 23, 2019 at 02:10pm
I met Amber by chance. I received an email that was intended for her sister Bernadette about an engagement years ago I believe of her eldest daughter Melissa. I replied back and explained how our emails at the time were similar based on our common name.
We began corresponding and then when it was cool for adults to be on Facebook we became friends their too. I am saddened to hear of Ambers passing. I will miss my online friend. I believe we were connected on purpose for some reason. Like old fashioned pen pals. My sympathies to the entire family. I’ll always remember Amber❤️
Comment Share
Share via:
DV

Posted Feb 21, 2019 at 01:31am
I am so sorry about the loss of Amber. We attended Waterville Elementary School together until the Regan's moved to Wenatchee. We had lost contact for many years until we were reunited via Facebook a few years ago. I immediately felt a true friendship was developing. I will miss her poignant and often numerous postings and never forget when she and Symon visited me and brought flowers when I had surgery. I love and will miss you, my friend. May you rest in peace in the arms of God.
Comment Share
Share via: 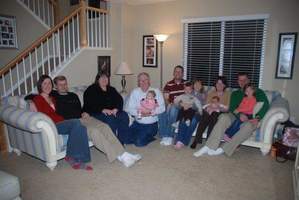 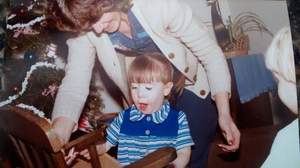 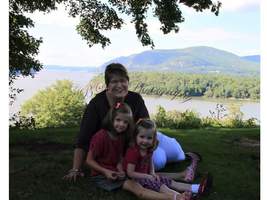 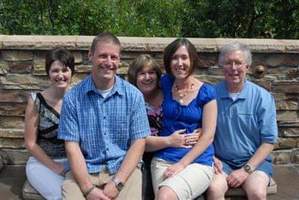