To share your memory on the wall of Kelly Peterson, sign in using one of the following options:

Kelly M. Hinderer Peterson, age 60, of East Wenatchee, WA, passed away on Sunday, January 6, 2019, after an extended illness, surrounded by her loving family. Kelly was born on September 6, 1958, in Wenatchee, WA, to Arnie and Marita Hinderer. She grew up in the Wenatchee Valley, graduating from Eastmont High School, in 1976. She attended Western College of Commerce. She first worked at Central Washington Bank, followed by 30 years of employment at Pioneer Title Company, as escrow manager. She married Victor E. Peterson on August 18, 1984, and they had two sons: Daniel and Jake. Kelly was a member of Faith Lutheran Church of East Wenatchee and Association of Professional Mortgage Women.

She enjoyed traveling to Mexico and Hawaii with her family. Kelly lived to encourage her sons in their sporting events. She was always their chauffeur and biggest cheerleader. She helped out in the running of the family orchards and eventually in the operation of her own orchard with her husband, Vic.

She is survived by her husband, Vic; son, Jake (Kayla); mother, Marita Hinderer; sister, Alana Adkins (Sam) of Great Falls, MT; along with numerous aunts, uncles, cousins, nieces, and nephews. She was preceded in death by her son, Daniel in 2009; and her father, Arnie Hinderer.

In lieu of flowers, contributions may be made to The American Cancer Society.

To send flowers to the family or plant a tree in memory of Kelly Marie Peterson (Hinderer), please visit our Heartfelt Sympathies Store.

We encourage you to share your most beloved memories of Kelly here, so that the family and other loved ones can always see it. You can upload cherished photographs, or share your favorite stories, and can even comment on those shared by others.

Posted Jan 10, 2019 at 07:42pm
Oh, my. I'm so, so sorry for your loss. Kelly has popped into my mind several times in the past few years - as recently as last week. I only wish I had taken the time to reconnect. What a lovely soul and beautiful lady she was. And oh, so fun! My banking years with her as a co-worker and my APMW days with her were always a joy. She was a devoted mom and wife, and hard working, loyal employee but always, always, always a great friend to so many. I'm sorry we lost touch when I got out of the banking industry. Many, many prayers of healing to her beautiful family. Your pain and sadness I'm sure is indescribable. It's all so hard to understand...
God Bless all of you. Glenna
Comment Share
Share via:
S

Posted Jan 10, 2019 at 11:18am
I am so very sorry for your loss. While words fail to capture the pain of losing a loved one, we look forward to the time when words will fail to capture the joy of having our heavenly Father return your dear one to you.
John 5:28,29
Comment Share
Share via: 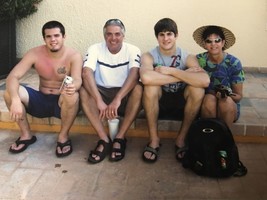 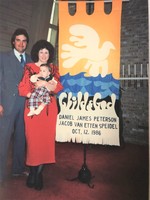